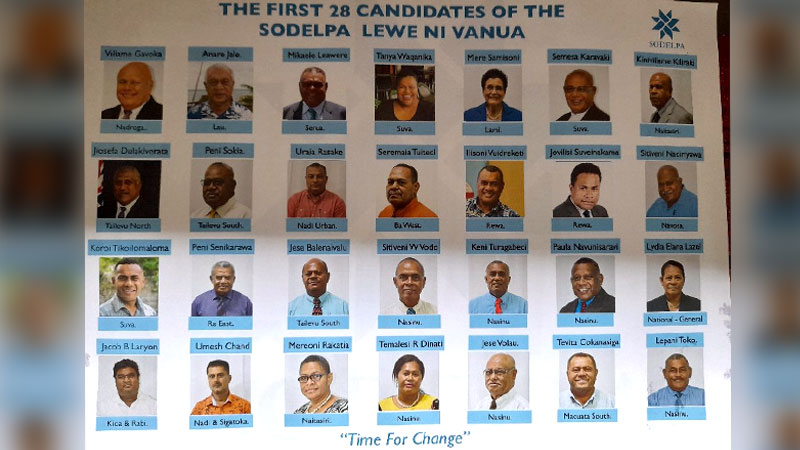 SODELPA has announced its 28 provisional candidates who will be contesting in the 2022 general elections.

The announcement was made at the party’s Management Board Meeting held at Epworth Hall today.