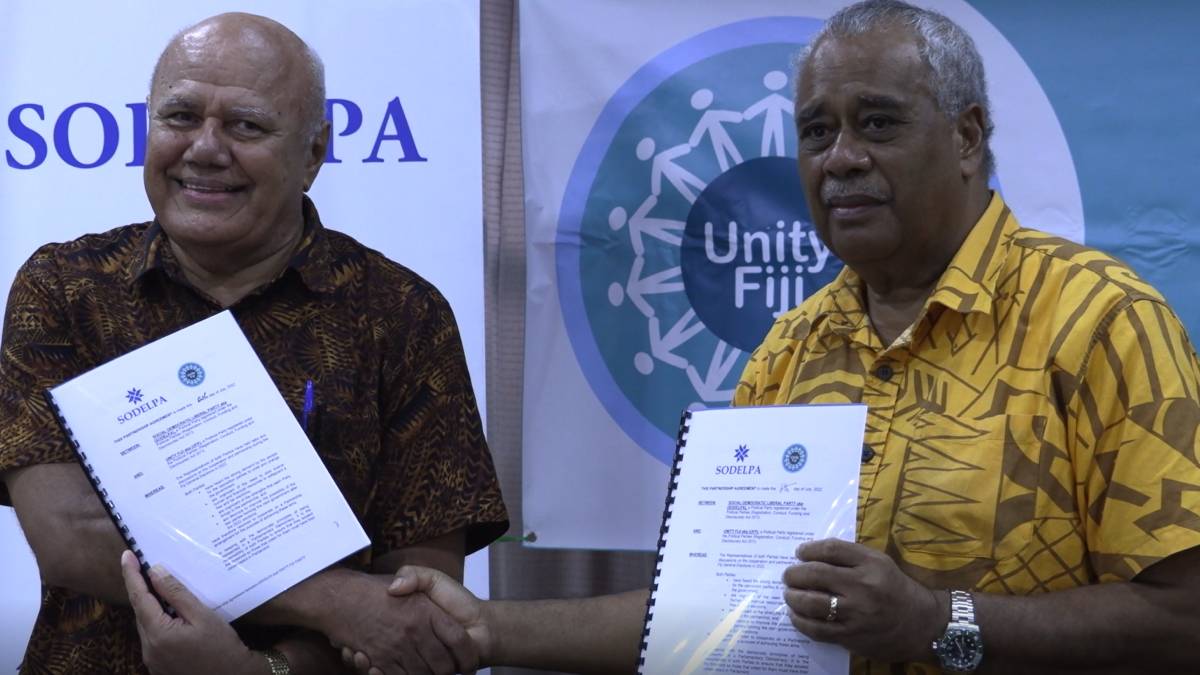 A Memorandum of Understanding has been signed between SODELPA and Unity Fiji outlining the partnership between the two parties during the campaign and after the elections.

The MOU states after the election, if necessary, the two parties will unite to form the next government if no single party can form government on its own.

It also states that the MOU is not a coalition nor it is a merger and the two parties will field their own set of candidates and prepare their own manifesto. However, they may develop policies together and collaborate on their compliance of the electoral laws.

SODELPA Leader, Viliame Gavoka says this is the only combination that will bring real change to the people.

Gavoka says they appreciate the willingness of Unity Fiji to join hands in this very important elections.

He adds he has been telling the youth not to accept today as normal and to taste the freedom they have tasted.

Unity Fiji Leader Savenaca Narube says both parties have heard the cries of the people that it is time for real change.

Narube adds both parties support similar policies to lift the live of all the people of Fiji.