Russia to make its own show of Chernobyl

Russia to make its own show of Chernobyl 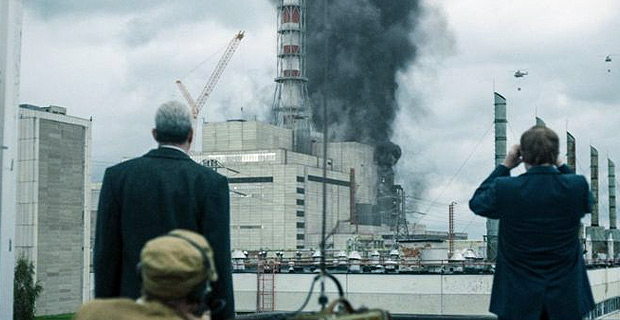 At least 31 people were killed and many more were injured in what was the world's worst nuclear power accident [Photo:BBC]

Russian state TV is working on its own version of Chernobyl, a series based on the worst nuclear accident in history.

The NTV drama will deviate from the acclaimed HBO series ‑ and from historical reality ‑ by claiming that the CIA was involved in the disaster.

Director Aleksey Muradov claims it will show "what really happened back then".

HBO's miniseries, received the highest ever score for a TV show on IMdB, as well as a 9.1 rating on Russian equivalent Kinopoisk.

But in an interview with Komsomolskaya Pravda, Russia's most widely‑read tabloid, Muradov says his version of the show "proposes an alternative view on the tragedy in Pripyat".

He told the paper there is a theory that Americans infiltrated the Chernobyl nuclear power plant.

He says many historians do not rule out the possibility that on the day of the explosion, an agent of the enemy's intelligence services was working at the station.