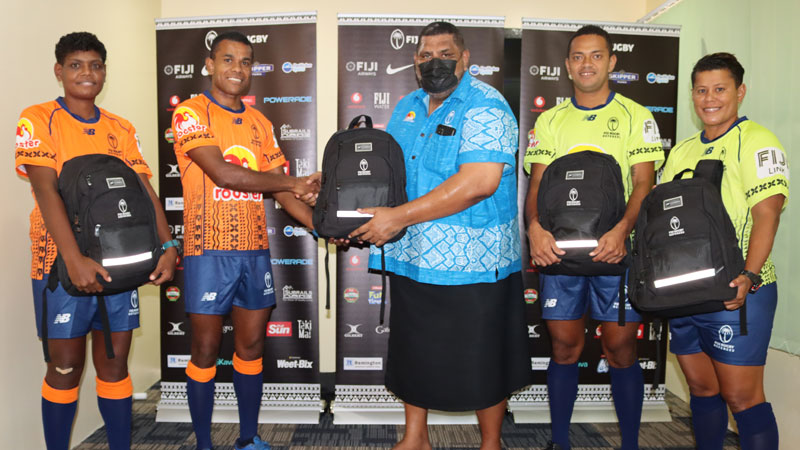 The Fiji Rugby Union says they are delighted to announce that Rooster Poultry has come on board to be the major sponsor of the match officials for the next three years.

FRU CEO John O’Connor says it is through Roosters support that they will be able to assist in the development of match officials from the grassroots level and create their own pathways throughout their competitions.

He says they will also be able to cover their match fees and other operational costs.

Rooster Poultry General Manager Stanley Raniga says rugby is our national sport and they are delighted to be the official chicken supplier of the Flying Fijians, the Fiji Airways Men’s and Women’s 7s teams.

The match officials who will take part in the Fun Flavour Super 7s Series will wear their new Rooster Chicken sponsored kit during the three-day tournament at Lawaqa Park in Sigatoka from Thursday.