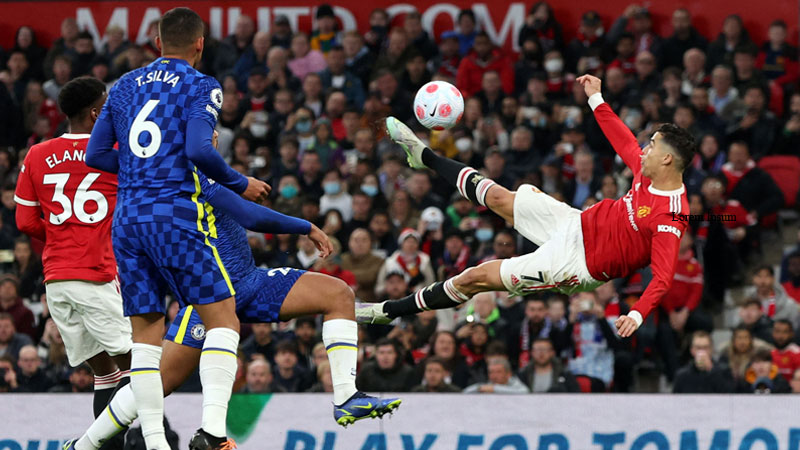 Cristiano Ronaldo scored his 17th goal of the season to earn Manchester United a 1-1 draw against Chelsea at Old Trafford this morning.

Marcos Alonso scored for Chelsea midway through the second half.

The game ended all square as Chelsea edged closer to securing a top-four finish.

Chelsea is third on the English Premier League table, eight points ahead of fifth-placed Tottenham with five games remaining.

Manchester United are sixth, five points behind Arsenal in fourth but having played two games more.