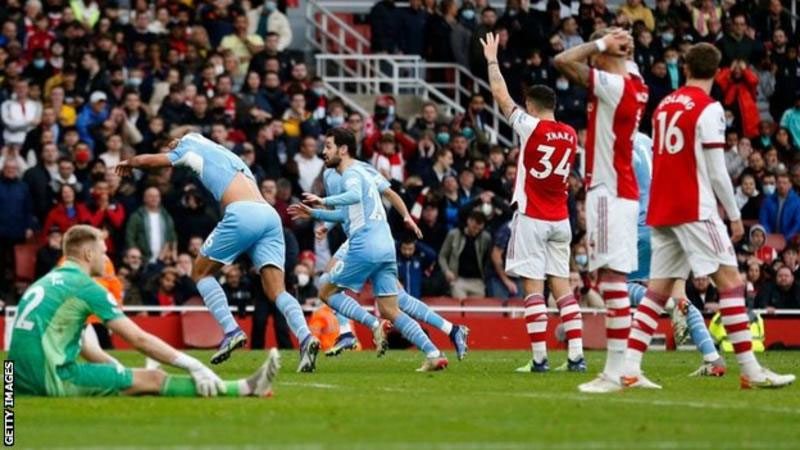 Rodri scored a stoppage-time winner as Manchester City beat 10-man Arsenal 2-1 in an incident-packed encounter to move 11 points clear at the top of the Premier League.

Arsenal looked to have held out for a draw, but Rodri steered in a loose ball in the 93rd minute to help City claim an 11th successive league win in a game that also had two major VAR incidents and an avoidable red card for Gunners defender Gabriel Magalhaes.