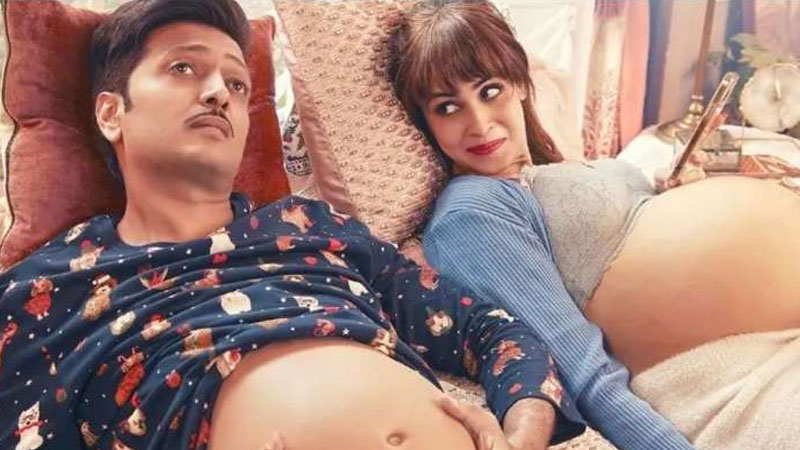 Bollywood actor, Riteish Deshmukh and wife and actress Genelia D'Souza are coming together on screen after 10 years for a movie where both of them will be playing pregnant characters.

D'Souza shared the poster on her social media in which both Deshmukh and D'Souza are heavily pregnant.

The comedy-drama revolves around the story of a couple with opposing choices when it comes to children but destiny seems to have planned a big surprise for the two.

The release date has not been revealed yet.

The couple were last seen together in Tere Naal Love Ho Gaya in 2012.