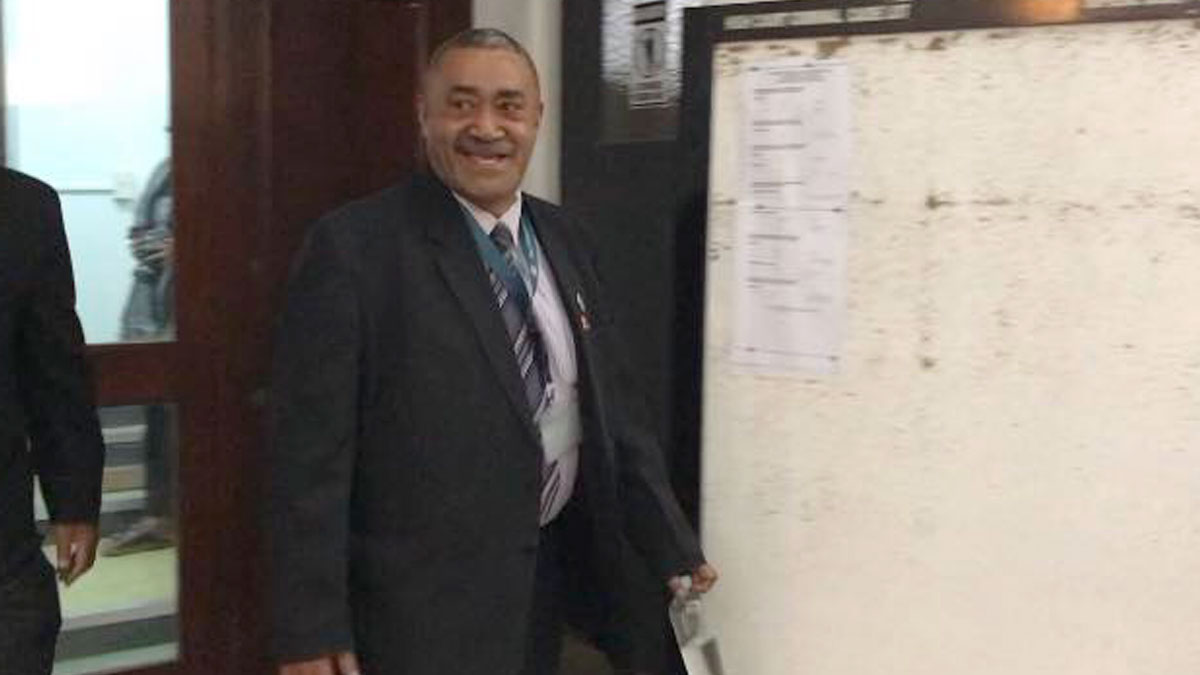 FICAC Commissioner, Rashmi Aslam says there is no doubt former SODELPA MP Ratu Suliano Matanitobua’s demeanour in court was commendable and it showed that he is a humble man and perhaps remorseful about his actions however Aslam asked the court not to consider the good character statements given by two defence witnesses this morning.

Ratu Suliano has been found guilty of a count each of Giving False Information to a Public Servant and Obtaining Financial Advantage.

He falsely stated his place of residence as Namosi Village, Namosi and obtained $38,378.22 as parliamentary allowances.

Aslam says Ratu Suliano’s good character and the services rendered by him does not assist his defence and the two people who have provided character witness for him are closely associated with him and their evidence lacked objectivity.

Aslam says Ratu Suliano should have thought about the people that love and need him before committing the crime.

He also told the court that Ratu Suliano has reached the potential of his life as a paramount chief and as an elected MP and has committed this offence at the climax.

The FICAC Commissioner also told the court that restitution by Ratu Suliano is not a sign of remorse as it was done after he was found guilty.

He says Ratu Suliano had the time to do this earlier.

Ratu Suliano will be sentenced next Monday.

Police have classified the death of the 16-year-old boy who was pronounced dead at the Colonial War Memorial Hospital on Sunday as murder. Initial ... 32 minutes ago
LATEST NEWS