Ratu Suliano does not reside in Namosi Village, Namosi and has been residing in Suva for the last 10 years - FICAC

Ratu Suliano does not reside in Namosi Village, Namosi and has been residing in Suva for the last 10 years - FICAC 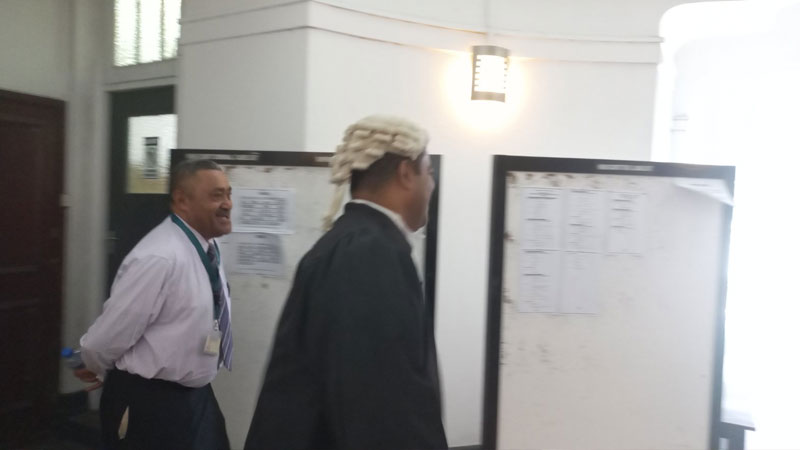 SODELPA MP Ratu Suliano Matanitobua does not reside in Namosi Village, Namosi and has been residing in Suva for the last 10 years according to FICAC Commissioner, Rashmi Aslam.

Ratu Suliano is alleged to have falsely stated that his permanent place of residence was in Namosi Village and allegedly obtained $38,378.22 between August 2019 and April 2020.

While delivering his opening submission, Aslam says apart from being the Chief of Namosi, Ratu Suliano has no connection to show he lives in Namosi Village.

He says Ratu Suliano’s traditional district is Veivatuloa in Namosi which is within a 30 kilometres radius of the Parliament.

According to the Parliamentary Remuneration Act, Members of Parliament residing beyond 30km radius of the Parliament are entitled to travelling and accommodation allowances.

Aslam further says for the last 10 years, Ratu Suliano has been residing on a rented property at Statham Road which is owned by the Government and is 4.6km away from Parliament.

He says Namosi Village is 49km away from Parliament however, Ratu Suliano had claimed it was 85km away but the Parliament noted it to be 45km which was not disputed.

The Commissioner says claiming that Ratu Suliano lives in Namosi Village is a blatant lie. He further says Ratu Suliano gave information that he knew was false to the then Secretary General to Parliament, Viniana Namosimalua and knew Namosimalua would accept that and as a result would be approving his claims for allowances.