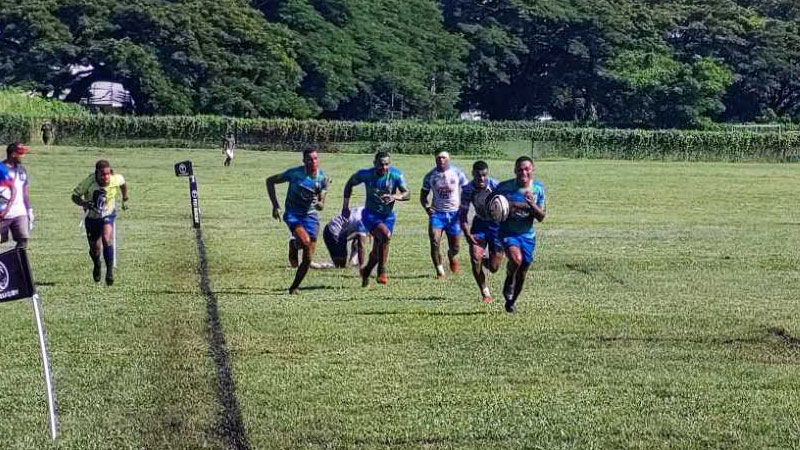 A brave Ratu Filise team got their first win of the 3rd leg of the Fun Flavour Super Sevens Series in Lautoka after beating Police White 14-12.

Captain and national 7s training squad member Wame Ratuva scored the first try for Ratu Filise early in the first half after he took a quick tap on the half way mark and sprinted to the try-line.

Their second try was scored in the second half Aminiasi Savou.

Police White bounced back to score 2 tries in the second half after three Ratu Filise players were yellow carded for separate penalties.

In the men's competition, the cup quarter finals will start at 10:30am tomorrow.