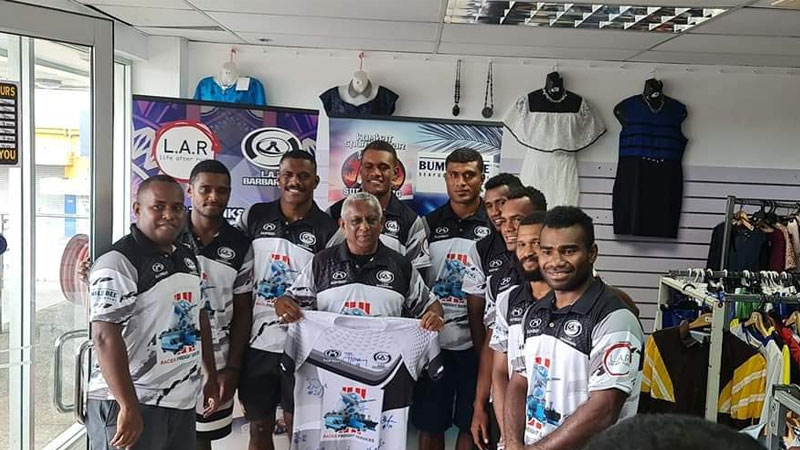 Life After Rugby Barbarians have received a major boost to their Super 7s Series campaign after Racer Freight Services - Australia donated $3,000 for their preparations for this week’s tournament in Savusavu.

Barbarians captain Jerry Tuwai thanked the company for coming on board as their major sponsor for the tournament in Savusavu.

Tuwai says the sponsorship will play a vital role in enabling players to achieve their dreams such as playing for the national 7s team or getting an international contract.

Representative of Racer Freight Services - Australia Mohammed Ali says they have faith in the team that they will do well this week.

The Barbarians are pooled with Wadigi Salvo, Nawaka and Fire.

The 3rd leg of the Fiji Rugby Super 7s Series will kick-off at 9am Friday at Ratu Ganilau Park in Savusavu.