Rabuka went to India to have his knee reviewed

Party GS got it wrong - Rabuka

Rabuka went to India to have his knee reviewed

Party GS got it wrong - Rabuka 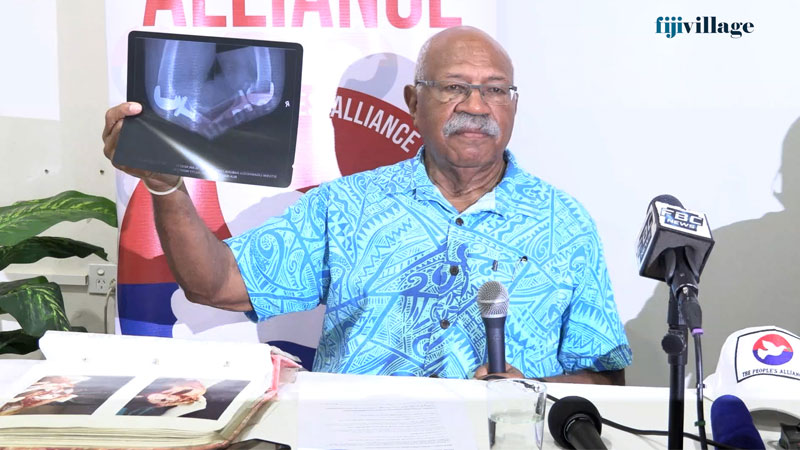 People’s Alliance Leader Sitiveni Rabuka went to India to have his knee reviewed.

Rabuka has said in a press conference that the knee got operated on in 2006 and he went to see if the implants are still in place.

The former Prime Minister further says the trip was privately funded by some friends.

Rabuka also clarified that the Party General Secretary Sakiasi Ditoka got it wrong when Ditoka told the media that Rabuka was invited by a military attache.

He adds that he was well looked after in India as the protocol people would have been notified of his visa application and were at the airport to meet him and accorded him the proper protocols for former Heads of Governments.