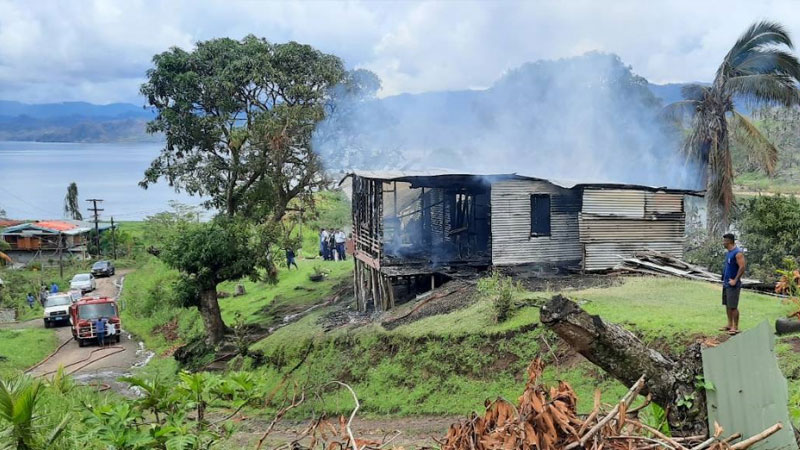 Police are investigating the fire in Naveria in Savusavu which destroyed a two flat house and left 10 people homeless yesterday.

According to Police, the fire started from one of the rooms in the first flat before spreading to the rest of the house.

No one was injured.

The two families who were renting in the house for the past five years are now staying with neighbours.

Police say the house is owned by a Savusavu businessman.

Assistant DPP Elizabeth Rice has alleged in the Suva High Court that Congo National Kiala Lusaka sent the photo of his deceased wife via Facebook to ... 2 minutes ago

The Registrar of Political Parties has issued suspension letters to Unity Fiji, Freedom Alliance and HOPE as these political parties have failed to ... 4 hours ago