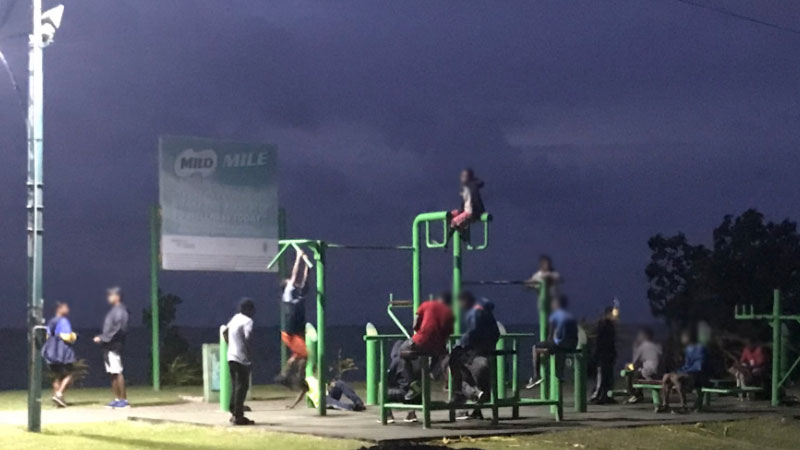 A concerned citizen took this photo after 6am on Monday, June 14th.

Police officers had to intervene and disperse crowds gathered at My Suva Park and Suva Point this morning as a proactive step in the wake of growing concerns of people not adhering to precautionary health measures.

Acting Police Commissioner Rusiate Tudravu says they understand there were some who were genuinely at My Suva Park with the intention of exercising but there were quite a number of people who were gathered in groups and not adhering to the precautionary measures.

Tudravu adds they have been receiving reports from individuals who were concerned for their well-being as they witnessed many not wearing of masks and practicing physical distancing.

He says reports were also received that many were gathering in numbers and were not seen to be doing any form of physical exercises.

Tudravu adds Police had on previous occasions dispersed people from the area for these reasons and similarly the Suva City Council had raised concerns about the removal of tapes that were used to cordon off exercise equipment and sitting areas.

He stresses they will continue to monitor these areas to ensure compliance of health measures and ask that people be considerate of others.