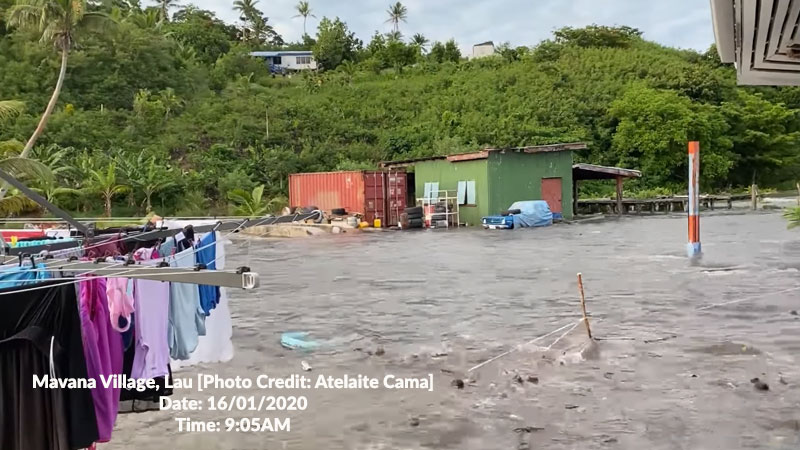 The National Disaster Management Office says people living in maritime islands within the Eastern Division have to take necessary precautionary measures to avoid any exposure to airborne ash as a result of the recent volcanic eruptions in Tonga.

It says the Fiji Meteorological Services has advised that airborne ash is occurring over the southernmost islands from Vatoa southward with medium to light airborne ash as far north as Tubou and Moala, and about to move into Kadavu.

The NDMO says if the eruption and prevailing winds continue at current levels, airborne ash could reach Central Lau and Eastern Viti Levu overnight into this morning.

It says for this reason, people need to adhere the advice from the Ministry of Health.

Exposure to ash can lead to irritation of the eyes, skin, and respiratory system. The Ministry of Health says while short term exposure to ash is not known to pose a significant health hazard to healthy individuals, it may cause sensitive individuals such as infants, children, and the elderly to experience difficulty breathing.

It adds individuals with respiratory conditions such as chronic bronchitis, emphysema, and asthma are more at risk for developing acute respiratory symptoms from breathing volcanic ash.

People are also being urged to protect water supplies from volcanic ash, cover water supplies, disconnect drainpipes from gutters to prevent drains from clogging and to allow ash and water to empty onto the ground, disconnect rainwater tank prior to ash fall and protect lungs and eyes from ash-fall, during and after.