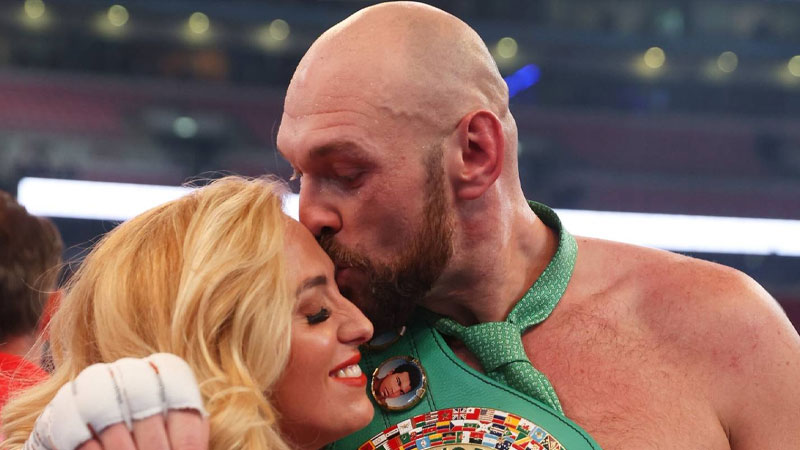 Paris Fury hopes her world heavyweight boxing champion husband will stick to his vow to quit after defending his title before 94,000 fans at Wembley.

Tyson Fury claimed during the week that the fight against Dillian Whyte would be his last, and he told the Wembley crowd after his knockout victory this morning that “this might be the final curtain for the Gypsy King’’

Paris, Fury’s wife of almost 14 years, is clearly hoping ‘might’ retire becomes ‘will’.

She told TalkSport that the world has seen him reach the pinnacle.