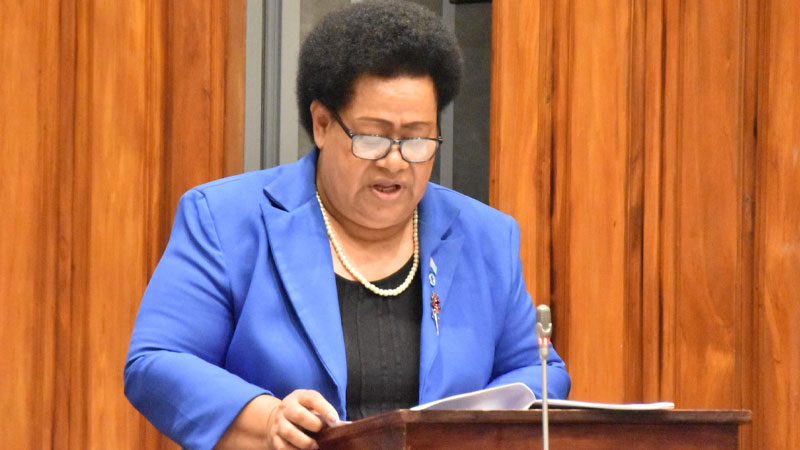 Assistant Minister for I-Taukei Affairs Selai Adimaitoga is calling on the Opposition to stop telling lies to the people of Fiji because inflation has increased all around the world due to the war in Ukraine.

While supporting the Revised 2021/2022 National Budget, Adimaitoga says the country is seeing the direct effects of COVID and the war between Russia and Ukraine.

She adds this budget is proof that the FijiFirst government listens to the people and many of the benefits were the direct feedback during the nationwide consultation.

Adimaitoga says the removal of fuel tax lifts the burden from Fijians and this is a smart move considering the current global climate.

She claims that People’s Alliance Party Leader Sitiveni Rabuka is the true leader for the National Federation Party.

Adimaitoga further says that the Government understands cane farmers better than the Opposition.

The Assistant Minister is urging the Opposition to stop spreading fake news because it hurts the people who believe them.

Fijian Drua centre Kalaveti Ravouvou who will make his debut for the Vodafone Flying Fijians this afternoon is relishing the opportunity to play again... 27 minutes ago
LATEST NEWS

20 people were charged with a total of 47 counts of serious sexual offences last month. Of the 20 people charged, two were 17-year-old boys who ... 36 minutes ago