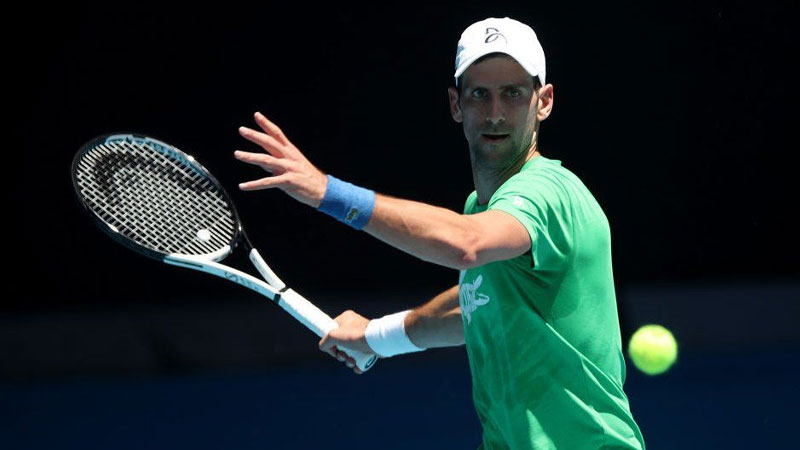 Novak Djokovic remains in the Australian Open draw as the decision over whether the defending champion can stay in the country drags on.

The nine-time champion has been drawn against fellow Serb Miomir Kecmanovic.

The Australian Open is the first Grand Slam of the 2022 season and starts at Melbourne Park on Monday.

Australian Prime Minister Scott Morrison has declined to say when a decision about Djokovic might be made.

The world number one is hoping to win a record-extending 10th Australian Open men's title which would be his 21st Grand Slam triumph, moving him clear of Switzerland's Roger Federer and Spain's Rafael Nadal.

Djokovic has not been vaccinated against Covid-19 and had his visa revoked when he arrived in Australia last week, following questions over the vaccine exemption that would have permitted him to enter.