Nobody asked the teachers to go to school during the cyclone, I’m informed Agni Deo Singh will stand as a candidate - AG

I have been issuing a number of statements since 1999 – Singh

Nobody asked the teachers to go to school during the cyclone, I’m informed Agni Deo Singh will stand as a candidate - AG

I have been issuing a number of statements since 1999 – Singh 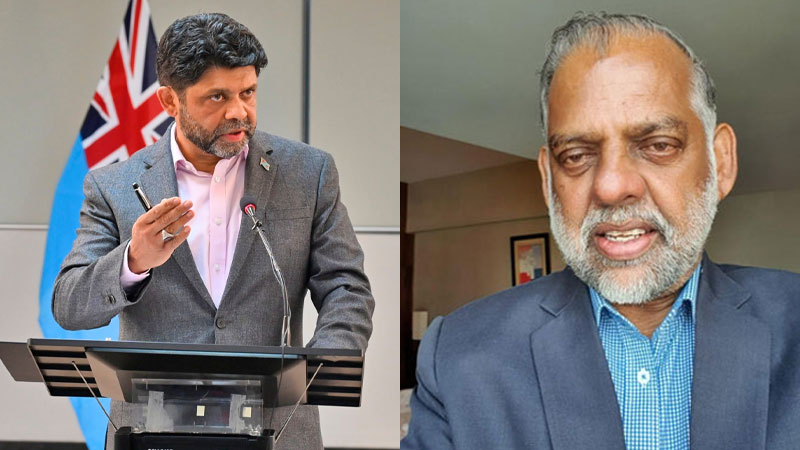 Acting Prime Minister, Aiyaz Sayed-Khaiyum says nobody asked the teachers to go to school or to work during the cyclone after the General Secretary of Fiji Teachers Union, Agni Deo Singh had questioned the Ministry of Education’s decision to call teachers unaffected by flooding back to school last week.

Sayed-Khaiyum highlighted this when asked during a press conference on his comments about the calls made by Singh that teachers should not have been told to go back to school when it was shut because of the cyclone.

The Acting Prime Minister says nobody was asking the teachers to go when the cyclone was there, but in preparation for schools the teachers had to go back to school to prepare for classes and he cannot see what the problem is with that, as the safety of teachers is there like being vaccinated, and the school environment has got all the COVID safe protocols.

Sayed-Khaiyum says he has been told that the only reason why Singh is coming up with these types of silo statements is because Singh will stand as a candidate in the next general elections.

The FTU General Secretary had said in his statement that closing the school is a good decision however they are surprised that teachers were told to report to school unless they are affected by flooding last week.

Agni Deo Singh says ever since he took up this position in 1999, he has been issuing a large number of statements in the best interest of the teachers and students as far as the quality and delivery of education is concerned and he has also given statements on the rights of teachers and their Terms and Conditions.

When questioned by Legend FM News on the claims made by Sayed-Khaiyum that he has been told that the only reason why Singh is coming up with these statements is that Singh will stand as a candidate in the next general elections, Singh says people like Sayed-Khaiyum can speculate and he will let them.

He says what Sayed-Khaiyum is saying about his statements, is not right.