New school and electricity connection for the district of Nagonenicolo, Naitasiri

New school and electricity connection for the district of Nagonenicolo, Naitasiri 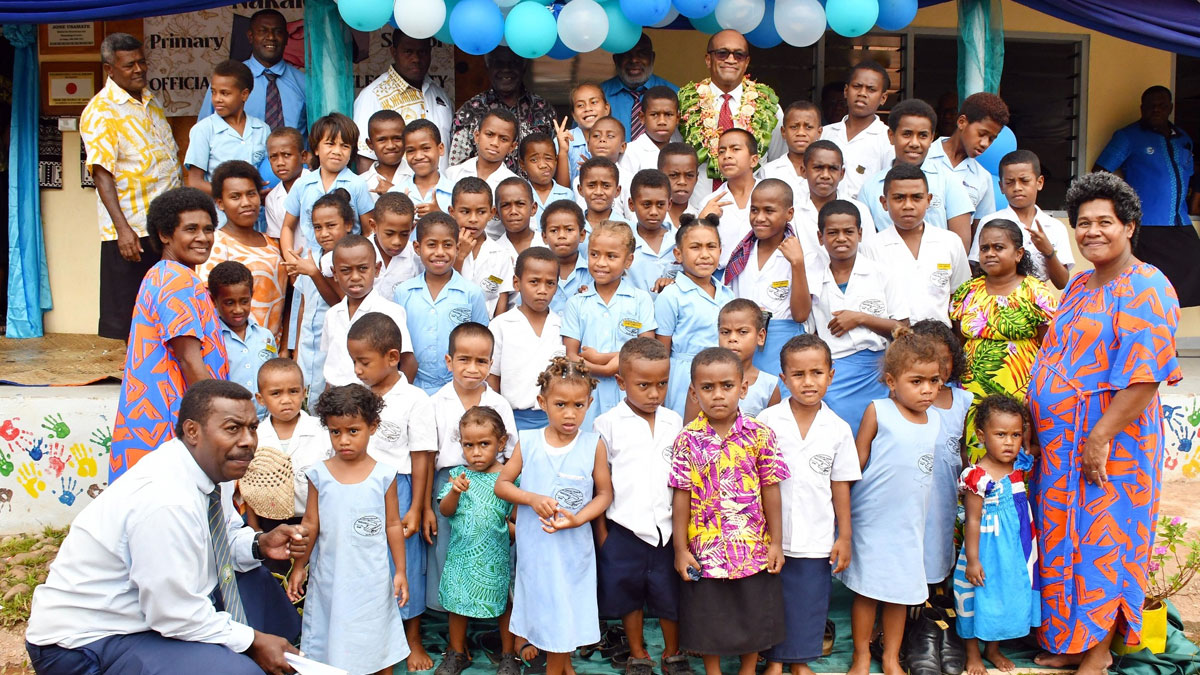 Children of the district of Nagonenicolo in the interior of Naitasiri can expect better quality of education after the commissioning of a new primary school in the district.

The Nakaidra Primary School in Nasalia Village was established as an infant school in 2015 and now boasts a new concrete school block which was funded by the Government of Japan.

Commissioning the new school, Minister for Infrastructure and Meteorological Services Jone Usamate says the new site for the school blocks, the new teacher's quarters, and the provision of a boat and engine for students travelling by boat on the Wainimala river cost the Government $47,000, while the Government of Japan funded the construction of the new school block at a cost close to $215,000.

He says the assistance for the school did not stop there as this year, UNICEF stepped in to fund the school's new $80,000 toilet block, which is currently under construction.

Also commissioned during the event was the Nasalia village rural electrification project which cost the Government $10,000.

Usamate says electricity will also enable the 38 children enrolled at the school to study better at night under the brightness of electric lamps, the establishment of new businesses, the use of electrical appliances, and connection to the outside world when a mobile data connection is made available.