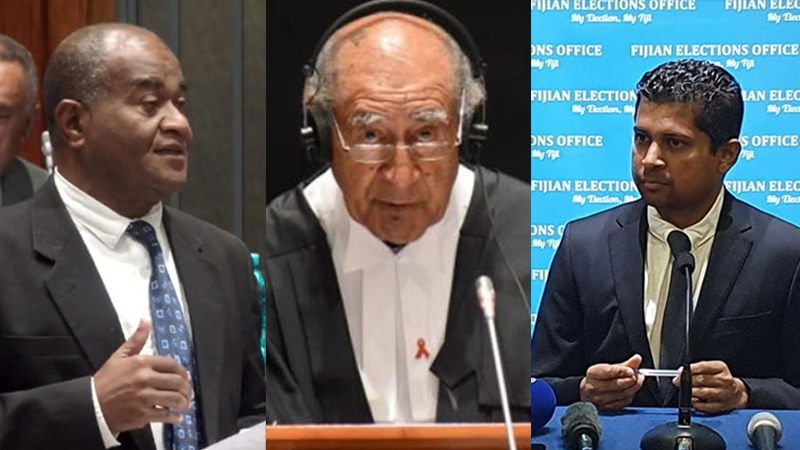 Registrar for Political Parties, Mohammed Saneem says Niko Nawaikula has got the law wrong when he suggested that the Supervisor of Elections is advising the Speaker of Parliament.

Saneem says this is with regards to Nawaikula’s social media post.

He says the Speaker of Parliament is an independent authority with a set of staff which has qualified legal professionals.

Saneem says the Speaker does not need to seek the advice of the Supervisor of Elections, and this is an incorrect assumption by Nawaikula.

He says Nawaikula has also incorrectly contended that even though SODELPA has been suspended, the parliamentarians should have been accorded the opportunity to participate in parliament.

Saneem says as per the Political Parties Act once a party is suspended it cannot hold itself out as a political party which includes its functions to be present in parliament.

The Registrar says the suspended party should work on trying to get out of suspension so that they can be allowed to function.

He further said that it is very clear saying that section 20 of the Political Parties Act, where it says, “where a political party has been deregistered under Section 19 its MPs shall continue to serve for the remainder of their term as independent or as members of other political parties.

Nawaikula says SODELPA (suspended) is not even deregistered as it is only being suspended to cure its defects.