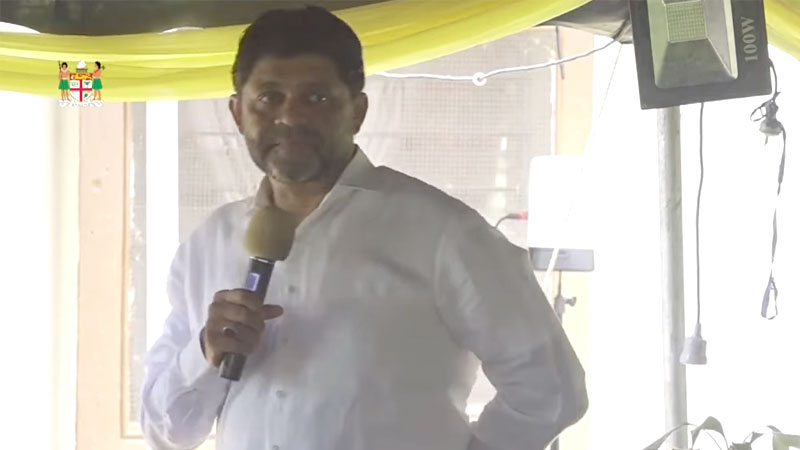 The Acting Prime Minister and Attorney-General Aiyaz Sayed-Khaiyum says the late former Minister for Forestry and former FijiFirst MP Osea Naiqamu was a pioneer in the principles and values of the party and the government.

Speaking at the funeral, Sayed-Khaiyum says Naiqamu’s qualities were attractive to him as he was a humble and kind-hearted person.

He says Naiqamu had the qualities to converse easily with others and also negotiate about any issues.

The Acting Prime Minister says the former Forestry Minister was a passionate supporter of the pine industry and would get angry if there is any misinformation from the Opposition.

Sayed-Khaiyum adds that under Naiqamu’s minister-ship, they started the 30 million trees initiative where he visited 310 villages and made a commitment to take that project forward.

The AG reminded Naiqamu’s family that what their father has achieved in life is something that not many people can achieve.

Naiqamu is survived by his wife, 5 children and 4 grandchildren.