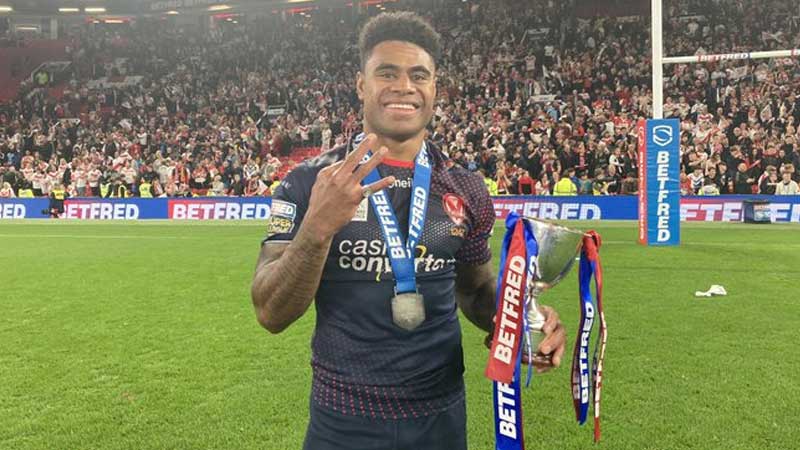 Kevin Naiqama with the 2021 Harry Sunderland Trophy that he was awarded. [image: St.Helens R.F.C./Twitter]

The Super League is the UK's top rugby league competition.

Naiqama was awarded the Harry Sunderland Trophy which is given to the man of the match in the Super League Grand Final.