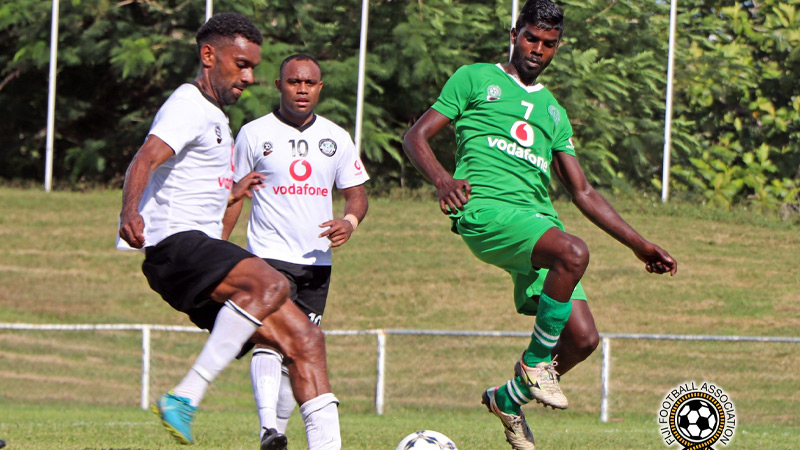 Nadi in action against Suva

All in One Builders (NZ) Nadi soccer coach Kamal Swamy says they are aware of the threat the Koromakawa Rentals and Tours Navua team brings and they will not be underestimating them in their first pool match of the Punjas Battle of the Giants this Friday.

Swamy says they have not been consistent throughout the Vodafone Premier League this season, but they are working towards making sure they achieve good results in the BOG.

Swamy adds they will still put a good challenge as they now have the services of former Ba rep, Avinesh Suwamy and the team morale is high.

Nadi takes on Navua at 12pm this Friday at Churchill Park.

You can catch the live commentaries of the Labasa-Suva match at 2pm, Ba-Nasinu clash at 4pm and Rewa-Lautoka game at 6.30pm on Radio Sargam.

Fiji Airways extends the cancellation of scheduled international flights to September.Read the full coverage ... 31 days ago
More In Depth

The Chairperson of the USP Audit and Risk Committee Mahmood Khan has made it clear that there is no influence from anyone and he is raising issues co... 4 hours ago
LATEST NEWS

Registrar of Political Parties, Mohammed Saneem says discrepancies have been found after the completion of the verification exercise on the ... 4 hours ago

Archbishop Peter Loy Chong says the life of Father Kevin Barr can be summed up as a radical discipleship and commitment to the God of the poor, ... 8 hours ago
More News
TOP