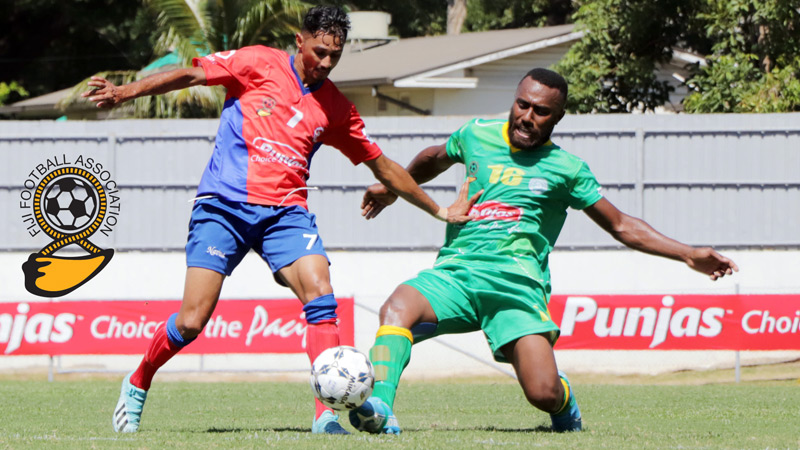 All in One Builders Nadi have defeated Koromakawa Rentals and Tours Navua 4-1 in the first match of the Punjas Battle of the Giants tournament at Churchill Park.

Tawake scored the first goal after Afraz Ali placed the ball inside the penalty box and Tawake scored from the edge of the 6 yard box.

He has urged fans to come out in numbers and support their team as he has promised that their team will come out even stronger in their next pool match against Rewa.

He scored the second goal as the Navua defenders were ball watching inside their own penalty box.

Nadi captain Avinesh Suwamy scored the final goal in the last few minutes of the second half.

Navua goalkeeper Rusiate Amasio then scored an own goal making the scoreline 3-nil.

Navua captain Vineet Chand pulled one back through a penalty kick in the second half.

Coach Mohammed Shafil says he is proud of the boys despite the 4-1 defeat.

In other matches today, Suva will take on Labasa from this hour, Nasinu will face Ba at 4pm while Rewa takes on Lautoka at 6.30pm.

You can catch the live commentaries of all these matches on our sister station Radio Sargam.