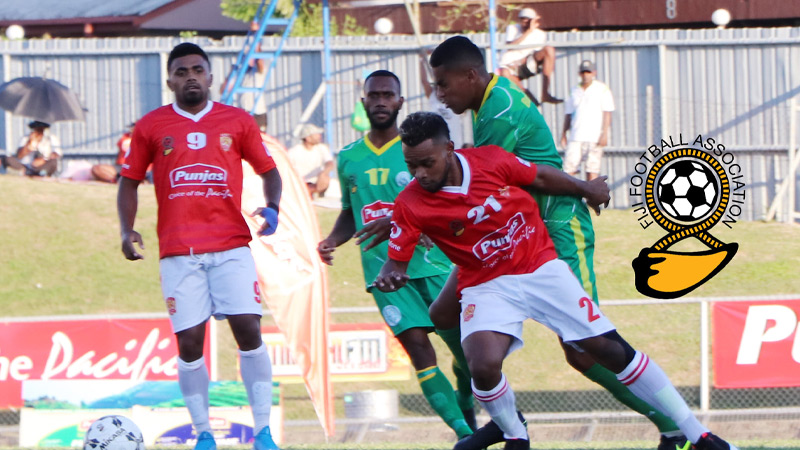 The All in One Builders (NZ) Nadi side have become the first team to qualify for the 2020 Punjas Battle of the Giants tournament semifinal after they defeated the Delta One Automotive Repairs Rewa 1-0.

Nadi’s Afraz Ali took advantage of mistakes made by Rewa and scored the goal in the second half.

Ali says he is now looking forward to the next mission against Lautoka today.

Both teams were locked at nil all at halftime.

Rewa Coach Marika Rodu had fielded a completely new side in this match.

He says their match against Lautoka was a different match and it is very important for all players to play.

In other matches yesterday, Nasinu defeated Suva 3-1, Navua caused an upset after beating hosts Lautoka 3-1 while Ba and Labasa ended their match with a 1-all draw.

At the end of day two, Ba leads Pool A with 4 points, Nasinu are second with 3 points, Labasa are third with 2 points while Suva have only 1 point.

Looking at the matches today, Labasa will take on Nasinu at 10am, Rewa will face Navua at 12pm, Ba will take on Suva at 2pm while Lautoka will meet Nadi at 4pm.

You can catch the live commentaries of the Labasa-Nasinu, Rewa-Navua and Ba-Suva match on Radio Sargam.

The Chairperson of the USP Audit and Risk Committee Mahmood Khan has made it clear that there is no influence from anyone and he is raising issues co... 4 hours ago
LATEST NEWS

Registrar of Political Parties, Mohammed Saneem says discrepancies have been found after the completion of the verification exercise on the ... 4 hours ago

Archbishop Peter Loy Chong says the life of Father Kevin Barr can be summed up as a radical discipleship and commitment to the God of the poor, ... 8 hours ago
More News
TOP