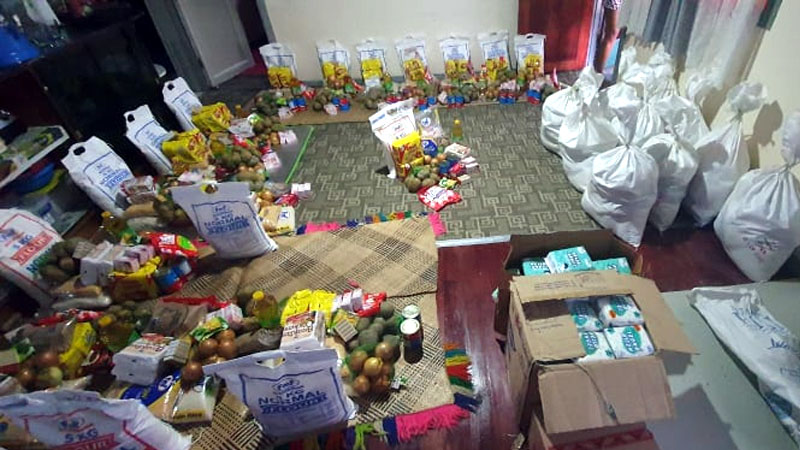 A non-governmental organisation, For Good Reasons has managed to assist over 50 families in Lakena, Nausori with food packs and special needs like medicines and adult diapers.

Founder, Shajit Bala says most people in Lakena are labourers and the maximum amount they would have been earning was between $100 to $150 a week.

Bala says these people are not working for more than a month and have been facing major difficulties to put food on the table as they hardly have any savings.

She says they did a survey regarding the situation for each family in Lakena and found out what their requirements were. There are 475 households in Lakena and Bala says they first picked 119 houses and decided which families were in dire need of assistance.

Bala says they then contacted former residents of Lakena who are now overseas.

Bala adds they have also received requests for assistance from residents in Buiduna, Nausori.

You can contact Bala on 8613968 if you want to help the NGO in its work to assist the needy in Nausori.

A 31-year-old woman who crossed the Nawaka containment area to travel to Vatusekiyasawa Village in Ra has been taken into police custody. Acting ... 40 minutes ago