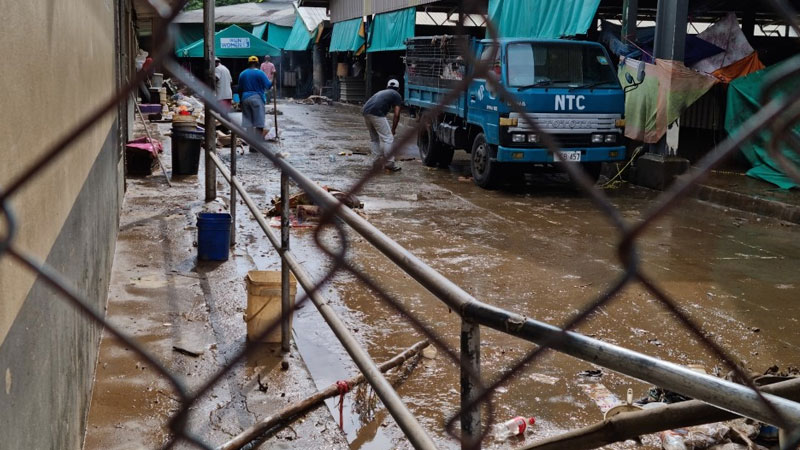 Clean up after the severe flooding in Nadi.

The Nadi Chamber of Commerce says Nadi Town is back to business after the cleaning up.

They say they would like to thank the Nadi Town Council and the National Fire Authority as they were quick to clean up the affected areas such as the bus stand, market area and the main street.

They add the town proper, main street and other areas were largely spared but certain low lying areas were badly affected, namely those shops along Hospital Road.

It further says businesses in Nadi Back Road including two hotels near the Nadi Temple were severely affected from flooding.

They also say other shops in that vicinity were equally severely damaged.