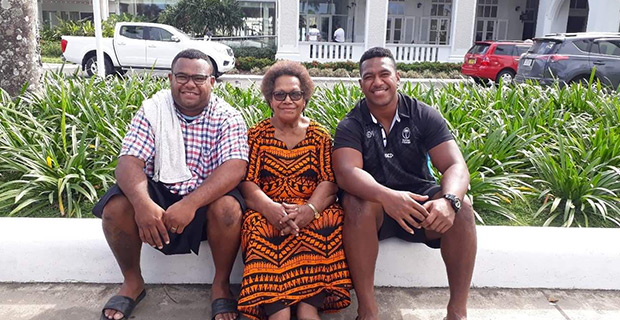 “My grandson has taken our family name to the Rugby World Cup and I wish his grandfather was alive to see all his achievements.”

These were the emotional sentiments shared by Eroni Mawi’s grandmother, Elena Mawi who has raised the 23-year-old since he was 4 months old.

She says Eroni loved rugby and they would always support him in his rugby career from primary school right up to when he captained the Lelean Memorial School team that won the Deans Competition in 2014.

Elena says they have everything planned out for the day including visiting Eroni’s grandfather’s grave.

Mawi is set to make his Rugby World Cup debut for Fiji this afternoon.

Fiji will face the Wallabies at 4.45pm this afternoon.

France and Argentina face off at 7.15 tonight while the All Blacks and Springboks clash at 9.45pm.

Italy will play Namibia at 5.15pm tomorrow, Ireland and Scotland face off at 7.45pm tomorrow while England clash with Tonga at 10.15pm tomorrow.

Unity Fiji Leader and former Governor of the Reserve Bank of Fiji Savenaca Narube is calling on government to reduce salaries of Ministers, MPs and ci... 9 hours ago
LATEST NEWS

Fiji Roads Authority’s Chief Executive Officer, Jonathan Moore is expected to complete his three-year term at the end of September this year. In ... 6 hours ago
More News
TOP