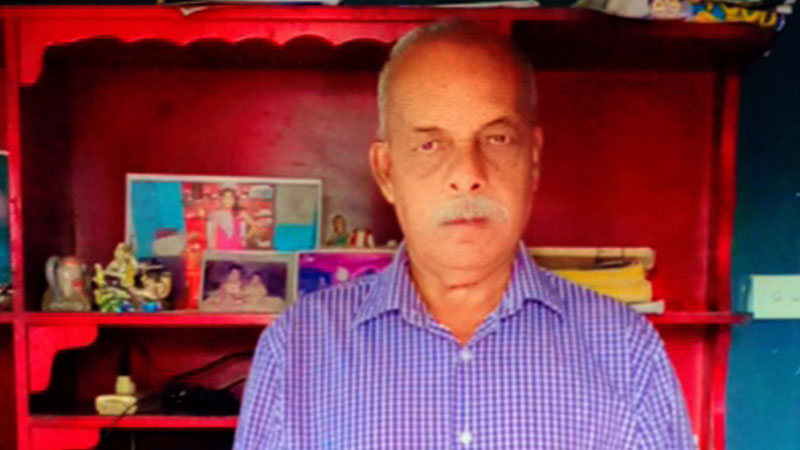 The passengers were ill-treated and whipped on board the SS Sutlej, despite the ordeals, they connected well with one another and addressed each other as brothers on the ship, says Ram Swarath.

According to Swarath, his father, Ram Dulare was from the district of Haswapur in Uttar Pradesh and came to Fiji on the last ship to Fiji during the Girmit period at the age of 20 with 887 other passengers.

Swarath says his father was on his way to Kanpur to visit his sister when he was met by some men who lured him to visit Bombay and later abducted him to be shipped to Fiji with other Girmitiyas.

Dulare was from a family which did not have a strong educational background so he wasn’t able to keep in touch with his loved ones.

The last ship to Fiji from India was the SS Sutlej which reached Fiji on 11th November, 1916.

Swarath says he is 74 years old and lives in Naselai Rewa. He was born in Nausori. His mother was from Taveuni and his father, Ram Dulare was from India.

14th May, 1879 was the day the first ship - Leonidas - arrived in Fiji with Indian indentured labourers mainly to work on sugarcane farms.