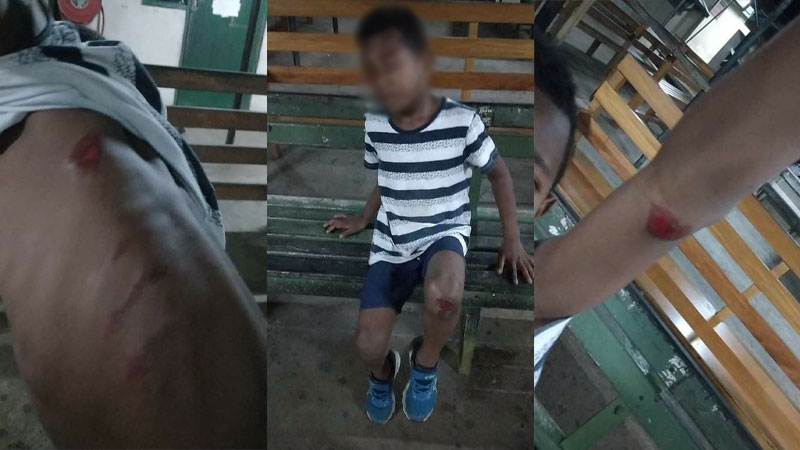 A concerned single mother is calling for justice after her son sustained injuries in a hit and run accident on Good Friday.

Tokasa Marama says because of this, her son was not able to make it to school today and sit for his exams.

Marama says this happened when they were crossing the road after they had gotten off a bus at the big intersection in Nakasi.

She says a blue vehicle was speeding, hit her son and rushed off again.

Marama says she was so shocked and could not see the number plate.

She says seeing her son cry was much more heartbreaking but with the help of the by-standers, a rental car stopped and took them to Nakasi Police Station and then to Nausori Health Centre.

Marama says the officers that took her report and the doctor that saw her son had both said that he was so lucky to have survived.

Police have yet to confirm if they have located the driver of the vehicle.

China has donated 17 hospital beds worth $25,500 to aid Fiji with its current response to COVID-19. The Fijian government in a statement says this ... 9 minutes ago

After a temporary pause, Gaza militants have launched more rockets into Israel. BBC News reports a strike on southern Israel has killed two ... 56 minutes ago

Permanent Secretary for Health, Doctor James Fong says it has been 30 days since this year’s first local case of COVID-19, and he is telling people ... 9 hours ago

Permanent Secretary for Health, Doctor James Fong says we have to at least begin the process of putting forward COVID-safe business plans that manage ... 9 hours ago