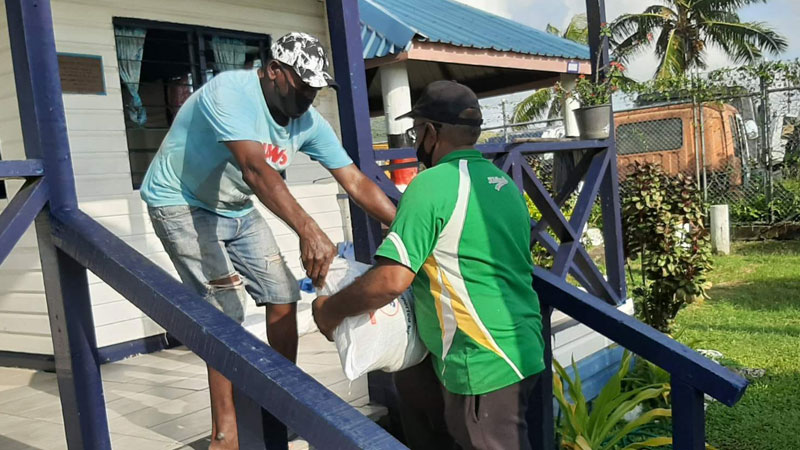 More families in the Western Division have received food ration packs from the Foundation for Rural Integrated Enterprises and Development or FRIEND Fiji.

The FRIEND Fiji distribution team has delivered another 61 food packs to villagers of Navoci in Nadi.

The community was badly affected by the flooding caused by TC Cody.

Milk for infants, hand sanitisers and masks were also provided.

Basic food items, milk for infants, sanitary items, masks, and sanitisers were also distributed to 59 households that were impacted by flooding in Nakavu and 36 households in Narewa, Nadi.

FRIEND Fiji says the villagers of Sikituru and Yavusania were provided with food ration packs.

They say their teams also distributed 61 food ration packs to families in Nawajikuma, Leed Shop area and Kerebula in Nadi.

It says the residents had highlighted that both the Nawaka and Nadi Rivers overflowed due to the heavy rain and badly affected them.

CEO and Founder, Sashi Kiran says they have organised food with the assistance of the District Officers and the First Responders to get food for people living in evacuation centres in Nadi, Lautoka, Ba, Tavua and Sigatoka. Kiran says they knew that Tropical Cyclone Cody was going to come at night and that a lot of people were going to go to the evacuation centre without food.

She says they are grateful for the support from their donors as they had resources in reserve from their COVID-19 response food packs.

If you want to assist FRIEND Fiji, you can contact them on 8983183 or friend@connect.com.fj.

You can also check out the Hands Across Fiji section on our website fijivillage where we connect people who need help to those who are providing help.