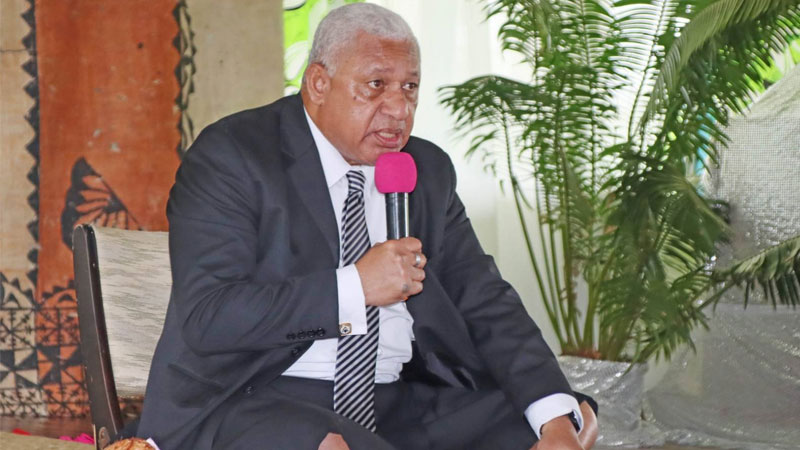 Good news for the people of Bua as more economic opportunities lie ahead after Prime Minister Voreqe Bainimarama assured them that the Nabouwalu Township work will resume by August this year during their Provincial Council Meeting at Lomanikoro Village.

He says they have taken their time preparing for this project because they know how important it is they get this development right from the beginning.

Bainimarama says since 2014, the Fijian Government has invested a quarter of a billion dollars into developing the Bua province.

The Prime Minister assured the province that the economy is strong today because it stands on the unshakable foundation of the Fijian Constitution and it enshrines common and equal citizenry for all Fijians.

Bainimarama also appealed to the vanua that vacant chiefly and customary seats must be filled as soon as possible.

The Chairman of the Bua Provincial Council Sitiveni Lalibuli conveyed the people’s sincere gratitude to the government for its tremendous assistance to the people of Cakaunitabua.

He says what used to be a topic of discussion by their forefathers has unfolded right before their eyes.