Mocenacagi to come in as impact player this week - Gollings

Mocenacagi to come in as impact player this week - Gollings 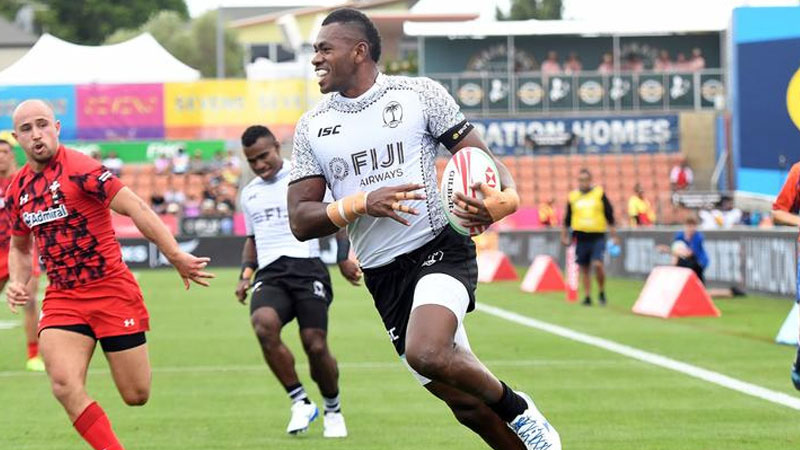 Sevuloni Mocenacagi will be playing a huge role for the Fiji Airways National Men’s 7s side in the Toulouse 7s as he will be an impact player for the backline and also the forwards.

Coach Ben Gollings says the inclusion of Mocenacagi brings a lot of experience to the team and he is looking forward to what the 31-year-old can do on the field.

Mocenacagi was dropped by former National 7s coach Gareth Baber after copping a 12-match suspension for throwing the ball at a referee in the Super 7s Series at Lawaqa Park in Sigatoka last year.

Fiji’s first pool match in the Toulouse 7s is against Kenya at 12.34am tomorrow, they take on Wales at 8.33am tomorrow and then play France at 12.34am Sunday.

The men’s quarterfinals will start at 4.04am Sunday, the semifinals will begin at 12.14am Monday and the final will be played at 4.26am Monday.

You can catch the live commentaries of Fiji’s games with our top rugby commentator Antonio Rahiman who will be joined by former Fijiana 15s openside flanker, Mere Moto on Viti FM on 92FM, 92.2FM and 92.6FM.