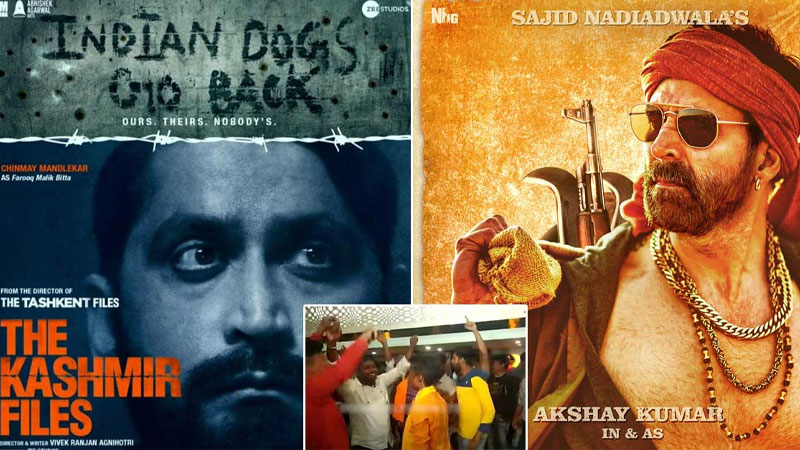 The highly controversial Indian film, The Kashmir Files has the Indian audience divided and there are now reports that some goons had entered a cinema hall in the State of Odisha and had stopped the screening of Akshay Kumar's Bachchhan Paandey.

Times of India reports they demanded the theater owners to only play The Kashmir Files.

Following this, the multiplex staff was forced to discontinue screening of Bachchhan Paandey.

The audience of the action-comedy movie were also seen walking away.