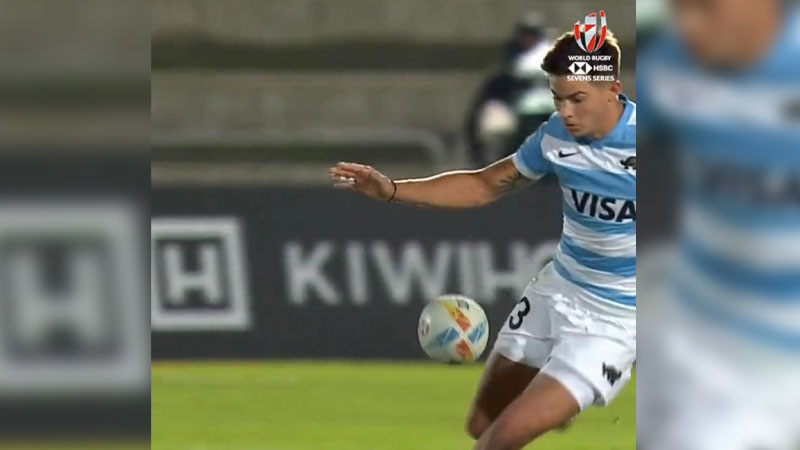 World Rugby Men’s Sevens Player of the Year Marcos Moneta was at his sparkling best as Argentina beat Ireland 29-5 to set up a semi-final clash with England.

Moneta flew down the right wing to put the Pumas in front before adding a second in virtuoso style by chasing his own grubber kick, dribbling it over the line and touching down.

South Africa moved towards a fifth consecutive HSBC World Rugby Sevens Series title by reaching the semi-final with a perfect record, extending their winning streak to 27 in a row.

New Zealand are now the only team to have done better, and their record of 47 straight wins from 2007/08 remains a daunting feat to match.

In the Men’s competition South Africa will play Australia while England will take on Argentina.

The Men’s semi-final will start at 1.09am tomorrow.

In the Women’s semifinal, USA takes on France while Australia battles Russia.

The Women’s semi-final starts at 9.44 tonight.

A 16-year-old from Ba is one of the five newly reported deaths from leptospirosis recorded by the Health Ministry. There are 111 new cases and an ... 10 minutes ago