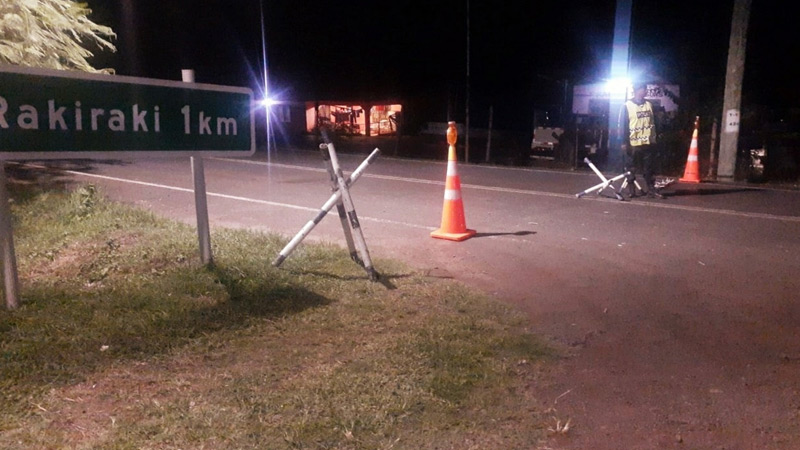 A 42-year-old man has been arrested for breaching a containment area in Rakiraki.

Police say the man crossed the Naria Containment Zone and entered into Nacilau.

He is one of 23 people arrested in the last 24 hours for breach of COVID-19 restrictions.

Most of those arrested were found drunk and loitering around.

Acting Police Commissioner Rusiate Tudravu says the Southern Division recorded 15 cases, 6 cases were recorded in the Western Division while there were two cases in the Eastern Division.

He says the two cases of breaching curfew in the Eastern Division involved two men in their 40s who were both found loitering in the Nakasi and Baulevu area.

Tudravu adds that of the fifteen cases recorded in the Southern Division, three men aged 18 years were found walking along Velau Drive in Kinoya, two men in their 20s were intoxicated and arrested at Naidiri settlement while a 19-year-old man was found drunk and loitering along the Cunningham area.

He further says a driver and a woman were found traveling without a pass during curfew hours, a farmer was found loitering near the Muanikoso Containment Zone while four people were found drunk and loitering at Tamavua-i-Wai.

Tudravu says the Western Division recorded six cases including two men in their 40s who were both found loitering around the Tavakubu area in Lautoka during curfew hours.

Police say two men were also arrested for riding a horse after 6pm along Wailevu Road in Rakiraki.