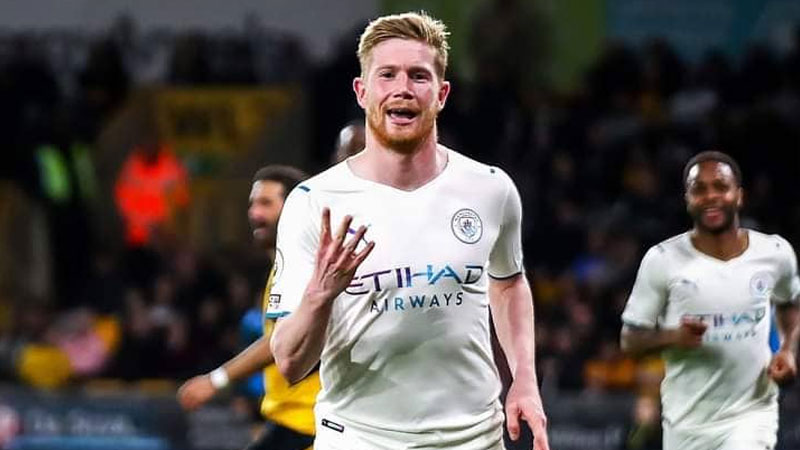 He scored his goals in the 7th, 16th, 24th and the 60th minute while Raheem Sterling scored the fifth goal in the 84th minute.

This win helped City restore their three-point lead at the top of the Premier League points table, with 89 points followed by Liverpool on 86 points.

In another match this morning, Chelsea defeated Leeds United 3-0.