Namosi now holders of the Farebrother Trophy after dethroning Nadroga

Namosi now holders of the Farebrother Trophy after dethroning Nadroga 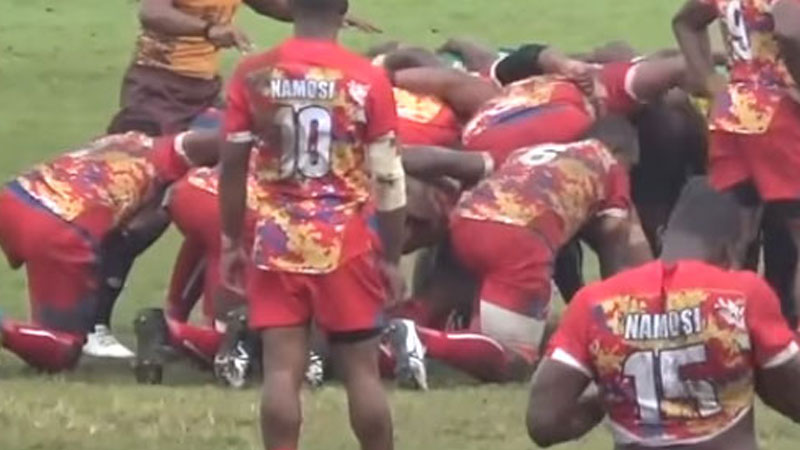 Namosi has created history after beating Nadroga 15-8 for the first time in the Farebrother Challenge at Lawaqa Park today.

This also serves as a win for Namosi in round two of the Skipper Cup Competition.

Rupeni Nasiga scored the lone try for Nadroga in the second half with Peceli Nacebe missing the conversion from right infront of the post.

Nadroga lacked discipline as Joeli Lutumailagi received a yellow-card in the first half, for a dangerous tackle.

Namosi’s Robanakadavu and Jone Koroiduadua of Nadroga both got yellow-carded in the second half for a scuffle.

Namosi’s defence stood strong when Nadroga was camping on their try line during the last few minutes of the game.

They stole three of Nadroga’s line-out’s, one of which resulted in their second try.

Sevuloni Mocenacagi was heavily marked during the game and failed to spark as the Namosi defence quickly contained him every time he held possession.

Namosi will now take on Naitasiri in the next Farebrother Challenge.