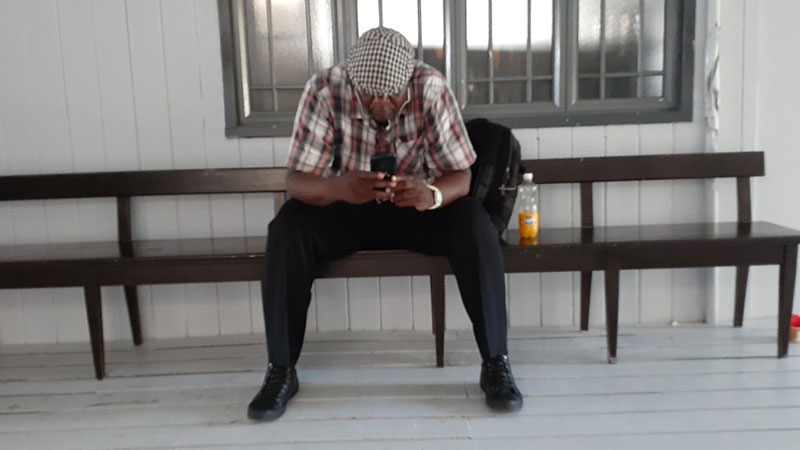 The state witness in the murder trial of Kiala Henri Lusaka has told the Suva High Court that there were two coins on the dead wife’s eyes and Lusaka was lying beside her.

Lusaka allegedly murdered his wife on 23rd July, 2019 in Suva.

The trial was abandoned midway in April 2021 due to COVID-19 and has started fresh now.

Charles O'Hanlon, who was the UN Regional Security Advisor says during a check up on the family, Lusaka’s daughter had given him the keys into the house.

He says they had heard muffled, gargled sound coming from the bedroom and when Lusaka did not open the door, police shoulder charged into the room and pushed into the room.

He says Lusaka was lying beside his dead wife where his right hand was under her head and supporting it while his left arm was on her stomach.

Minister for Economy, Aiyaz Sayed-Khaiyum says calling People’s Alliance “Paap” or “Paapi” is a play of words just like calling someone from... 28 seconds ago
LATEST NEWS

Minister for Economy, Aiyaz Sayed-Khaiyum has confirmed the Ministry of Education is working on some capacity building in terms of technical and ... 4 minutes ago

A 20-year-old man will be produced in the Suva Magistrates Court this afternoon charged for his alleged involvement in the Raiwai brawl on ... 49 minutes ago

A man in his 50s alleged to have murdered a 19-year-old man in Vatukacevaceva in Ra will appear in the Rakiraki Magistrates Court today. He has ... 5 hours ago

Social Welfare payments are now available through M-PaiSA after the Ministry of Women, Children and Poverty Alleviation entered into a partnership ... 5 hours ago
More News
TOP