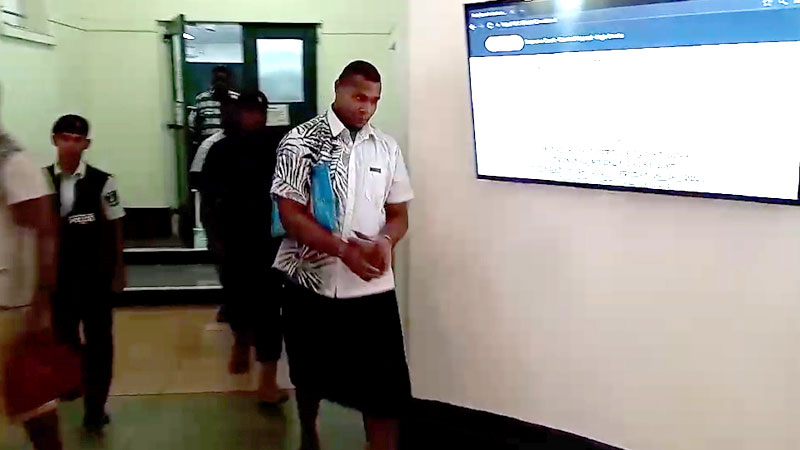 33-year-old man Josevata Koroi who stabbed his wife to death in Waima, Naitasiri in May last year.

A 33-year-old man who stabbed his wife to death in Waima, Naitasiri in May last year after reading her text messages with another man has been sentenced to life imprisonment.

Josevata Koroi is convicted of one count of murder.

While sentencing Koroi, High Court Judge Justice Salesi Temo says the facts of the case demonstrated once again the all too familiar problem of spouses’ inability to peacefully deal with the infidelity of the partner.

Justice Temo says Koroi knew that his wife was having an affair since 2017 and tried to resolve the issue by asking her to stop but she persisted.

He says Koroi did not seek a resolution in the Marital Court and for him the answer was murder.

Koroi has to serve 18 years in prison before a pardon may be considered by the President of Fiji.

Two senior students of a prominent school are in custody following their alleged involvement in an assault case yesterday. Police say the two stude... 13 minutes ago
LATEST NEWS

Assistant DPP Elizabeth Rice has alleged in the Suva High Court that Congo National Kiala Lusaka sent the photo of his deceased wife via Facebook to ... 28 minutes ago