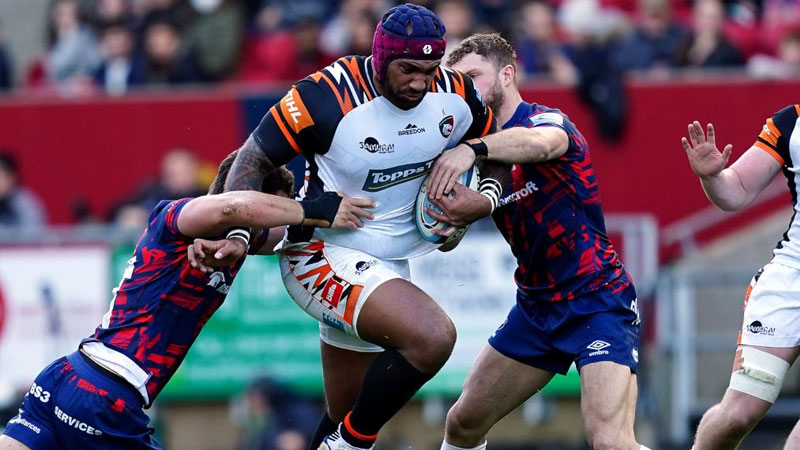 Nemani Nadolo scored a try for the Gallagher Premiership leaders, Leicester Tigers as they continued with their unbeaten record after claiming a dramatic 28-26 victory over Bristol this morning.

The Tigers were staring at defeat until they patiently worked the ball wide for Guy Porter to score in the 84th minute.

Nadolo and Julian Montoya touched down for the Tigers while England’s fly-half George Ford added three penalties and two conversions.

Fijian star Semi Radradra made his first start of the season after being sidelined due to a knee injury suffered during the Tokyo Olympics.