Kolkata devastated as cyclone kills scores in India and Bangladesh

Kolkata devastated as cyclone kills scores in India and Bangladesh 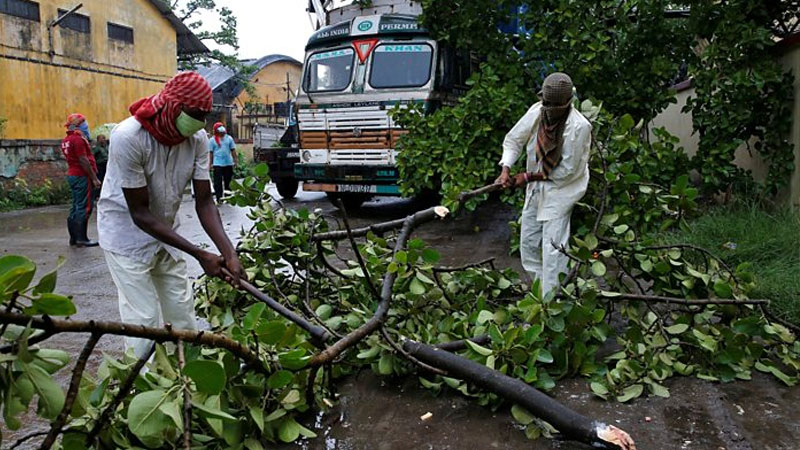 The eastern Indian city of Kolkata has been devastated by a powerful cyclone that has killed at least 84 people across India and Bangladesh.

Thousands of trees were uprooted, electricity and telephone lines brought down and houses flattened.

Many of Kolkata's roads are flooded and its 14 million people without power.

The storm is the first super cyclone to form in the Bay of Bengal since 1999.

Though its winds had weakened by the time it struck, it was still classified as a very severe cyclone.

Coronavirus restrictions have been hindering emergency and relief efforts.

COVID-19 and social-distancing measures made mass evacuations more difficult, with shelters unable to be used to full capacity.

As Fiji battles against the spread of the COVID-19 pandemic, many individuals and organisations have come forward to lend a helping ... 73 days ago
More In Depth
FEATURE NEWS

The former CEO of the Fiji Revenue and Customs Service Visvanath Das has denied sending an email to the executives of the FRCS on 5th August, 2019 wh... 10 hours ago
LATEST NEWS

Fiji Roads Authority’s CEO, Jonathan Moore confirms a scammer is obtaining financial advantage of $150 by deception for the Personal Protective ... 15 hours ago

19 cases of curfew breaches were recorded in the last 24 hours including three juveniles of which two were allegedly found drunk and in possession of ... 17 hours ago

Police are investigating a matter where several goats belonging to a 44-year-old farmer from Vatulaulau, Ba were allegedly poisoned. Police say ... 19 hours ago
More News
TOP