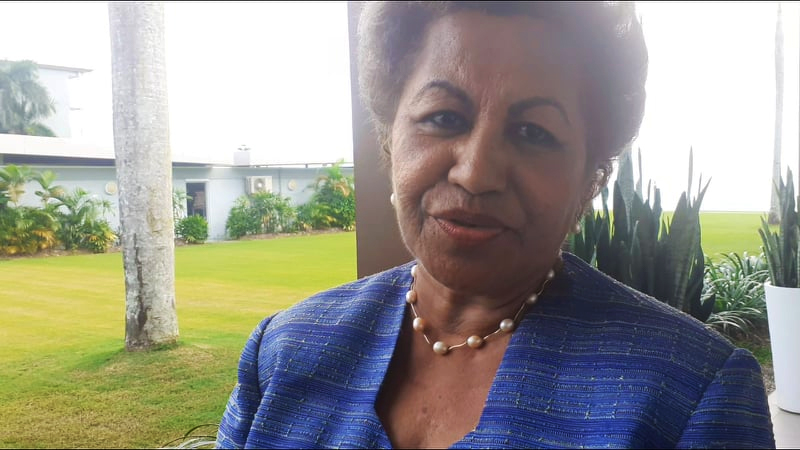 Newly elected General Secretary of the suspended SODELPA Emele Duituturaga says that during their Special Management Board meeting at GPH, it was agreed that they would immediately advertise the position of the Party Leader.

This was highlighted by Duituturaga when questioned by Fijivillage if they had discussions about reviewing the position of Party Leader after what had happened yesterday.

Duituturaga says they discussed what the constitutional provisions are on the position of party leadership.

When questioned if there was any motion put forward to remove Sitiveni Rabuka as Party Leader, Duituturaga says that was not the case.

She says that even though the advertisements were done under the previous administration, she will be looking to honor those applications that were sent in and regularize them.

Duituturaga says there were a number of issues that the management considered during their meeting which includes the two most important decisions that have been made which was the appointment of the General Secretary and the management board meeting approved the 2019 audit accounts which is part of the records that they have to submit to the Registrar of Political Parties.

She says they have set up a Finance Committee to oversee the financials and accounts of the organization.

She says they have also set a Human Resources and Management Committee and the Constitutional Review Committee.

Duituturaga says the Constitutional Review Committee was formed because they found themselves with a complex constitution and the requirements and the compliance have been stringent.

She says there has been a request from the Management Board to make the constitution less complex but also to ensure that they are not focused on the running the suspended party.

Duituturaga says the Board also agreed to have a Special General Meeting and they will issue a 21 days notice for that.

She says this is to ensure that the suspended party is able to stage its Annual General Meeting in four months.

Duituturaga says normally they would have it on the 30th of June but because of the court ruling they will be having it in four months.

Duituturaga says they are also compiling all the documents from yesterday's meeting which is the minutes of the meeting, and will be submitting it to the Registrar.

Meanwhile, Sitiveni Rabuka said yesterday that he and others supporting him outside the meeting venue of the special management board of the suspended SODELPA will not go in for the meeting as Acting Vice President, Vijay Singh had decided that the three caucus members, Ro Filipe Tuisawau, Mosese Bulitavu and Jese Saukuru will not be allowed to attend however Singh has stressed that it is his job to ensure the suspended party does not get deregistered.

Rabuka, Adi Litia Qionibaravi, Mosese Bulitavu, Ro Filipe Tuisawau and Salote Radrodro and others were waiting outside the meeting room at GPH to get Singh's response.

Ratu Epenisa Cakobau and Tanya Waqanika came out of the meeting room to relay Singh's message that the caucus members cannot be part of the meeting as the party remains suspended and they can only be part of it when the suspension is lifted.

Rabuka and his group insisted that the caucus members should be in.

The meeting continued with majority members of the Management Board present at the meeting.

The election of the General Secretary was done and Emele Duituturaga was elected after a landslide victory.

The Fiji Revenue and Customs Service Acting CEO, Fane Vave confirms the screenshot of an email which is allegedly talking about overstating of governm... 55 minutes ago
LATEST NEWS