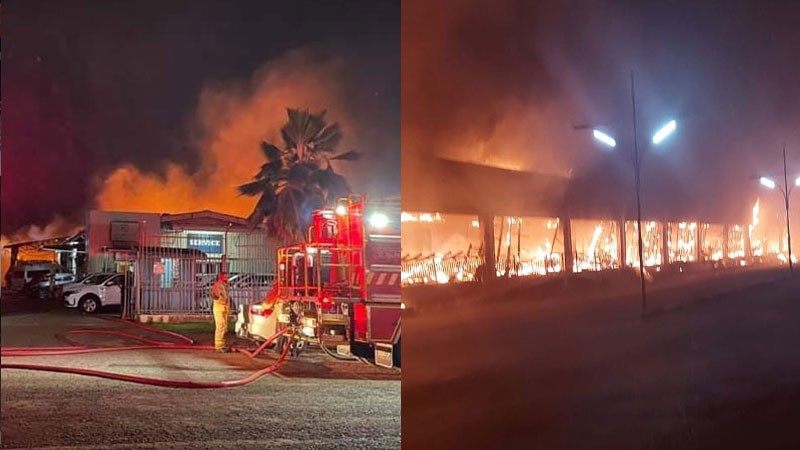 National Fire Authority investigators are currently collecting and analyzing evidence to determine the cause of major commercial fires on Sunday night in Ba and Suva.

A report is expected to be out in the next few days.

Police say their investigators are now awaiting the NFA report.

Ba Town Council’s Central Arcade and Tappoos bulk house in Raiwai were destroyed in a fire on Sunday night.

Minister for Local Government, Premila Kumar had earlier confirmed the Central Arcade in Ba was insured and based on initial information, the fire started from a kitchen in a restaurant.

According to Kumar, the building suffered over $1.5 million of damage.

A man and his wife who sexually exploited two young girls in Nakasi two years ago, will spend 16 years and 10 months behind bars. The man and his w... 27 minutes ago
LATEST NEWS

Fiji has recorded 66 new COVID cases since Friday. 14 new cases were recorded on Friday, 36 cases on Saturday, 10 cases on Sunday and 6 new cases ... 20 minutes ago

5000 youths are expected to benefit from the Open Skills Training that will be provided by the Commonwealth of Learning in partnership with ... 21 minutes ago