If anybody is whipping up racism and inciting people, it is Bainimarama and Sayed-Khaiyum – Prof. Prasad

If anybody is whipping up racism and inciting people, it is Bainimarama and Sayed-Khaiyum – Prof. Prasad 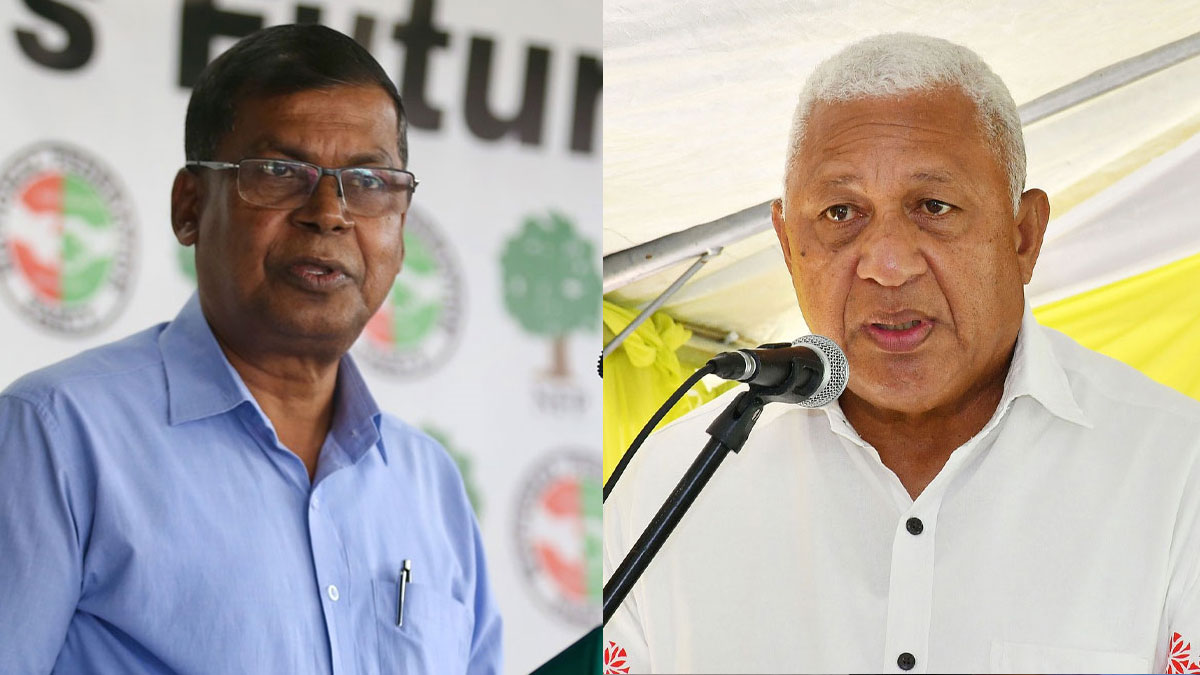 National Federation Party Leader, Professor Biman Prasad says if anybody is whipping up racism and inciting people, it is the Prime Minister Voreqe Bainimarama and Aiyaz Sayed-Khaiyum.

He highlighted this after Bainimarama had claimed political parties are starting to cause racial division and are targeting Aiyaz Sayed-Khaiyum because of his race and religion.

Bainimarama says their talks are based on racial discrimination and NFP is talking about Sayed-Khaiyum because Prasad’s intellect cannot match the AG’s.

He says the other talks are about Hindus and Muslims and they have been doing this in the past two elections.

Prasad says these two men, like typical dictators are going around the country and threatening people about instability, riot and murder.

The NFP Leader says it is shameful that the Prime Minister and the Attorney General are threatening voters three weeks before the election.

He says this is their last ditch attempt because they have nothing else to talk about and they know they have presided over the ruin and destruction of our economy, health services and the sugar industry.

He says it is a whole lot of rubbish that they are attacking Sayed-Khaiyum because of his race and there is nothing personal about what they say about the style of leadership of Bainimarama and Sayed-Khaiyum.

Prasad adds the Prime Minister should worry about the intellect he and his Government has shown.

He says the people of this country and thousands of students that he has taught over the 30 years know his intellect.

Prasad says it is unbecoming of a Prime Minister and shameful that he gets so personal.

Prasad says he will not get personal in this election.