We have already shown that this partnership can work - Rabuka

We have already shown that this partnership can work - Rabuka 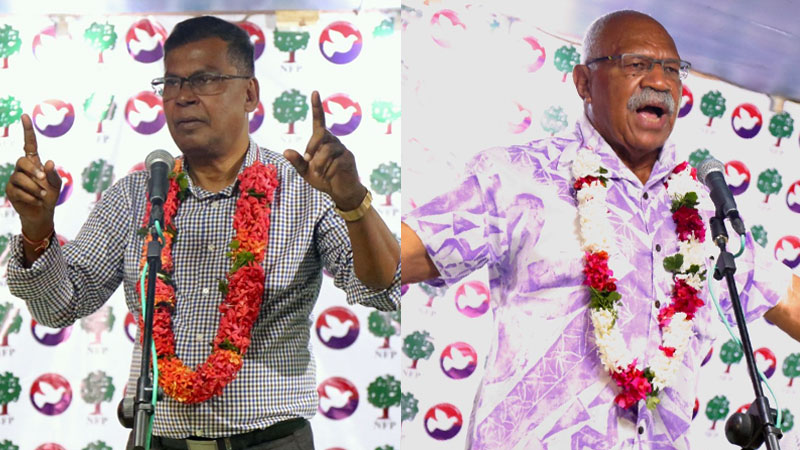 While speaking at the People’s Alliance and NFP Talanoa Session at Gangamma Temple in Ba last night, Prasad says he was asked by Justice Reddy to contest the elections in 1999 and it was then when he asked the former NFP Leader why he has a coalition with the SVT led by Rabuka.

Prasad says Justice Reddy told him that he has worked with many leaders but he trusts Rabuka more than 100 percent.

In his address, Rabuka says the NFP has held the interests of Indo-Fijians at heart since its birth and now the party wants to work with the iTaukei and other races who are represented in the People’s Alliance.

Rabuka says they have already shown that this partnership can work.

He then said that we are in a crisis and in times of crisis, people demand to have leaders and not economists, finance managers, doctors or engineers and he and Prasad are prepared to take that challenge.