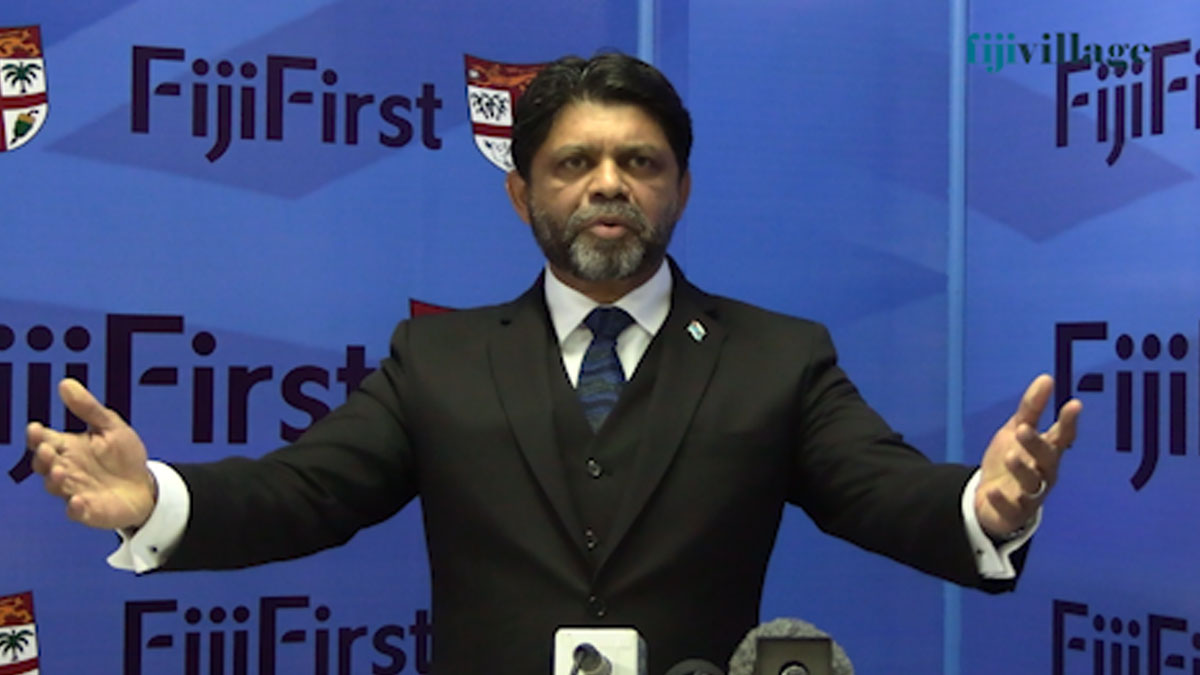 FijiFirst General Secretary, Aiyaz Sayed-Khaiyum has claimed in a press conference that he knows that CFL and Fiji Times will get really bad after the Writ of Elections is issued.

Sayed-Khaiyum made the comments after being questioned on some parties calling on the government to go into caretaker mode during the campaign period although there is no law in place for this.

Sayed-Khaiyum asks how has democracy been assaulted.

He says what the journalists really must ask how are political parties conducting themselves in making representations to the voters of this country.

Sayed-Khaiyum says they talk about lack of freedom of media.

He asks if anyone has been stopped, they object to it and no one has been taken under the Media Industry Development Act and prosecuted.

Sayed-Khaiyum says half of the people are writing on social media that we are living in fear.

He asks what fear, as the fear is some of the people who are supporting The People’s Alliance, SODELPA and others, are writing material that is threatening people.

Communications Fiji Limited stations, Legend FM, FM96, Viti FM, Navtarang and Radio Sargam and website, fijivillage are independent and not in the business of personalizing and politicizing issues.

We also stand for accuracy, balance and fairness.