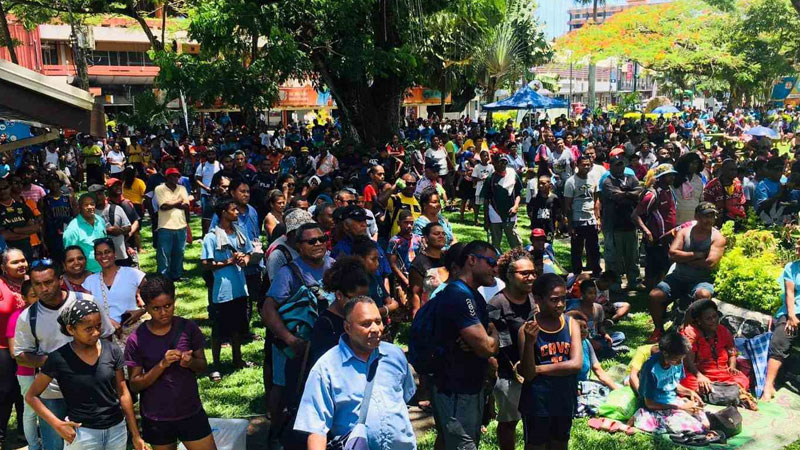 Hundreds of people have showed to donate and support the TC Yasa Appeal Concert underway at Ratu Sukuna Park in Suva until 7 o’clock tonight.

The concert is organised by the Fiji Performing Rights Association which says more than $2,000 has been collected so far.

Speaker of Parliament and former President Ratu Epeli Nailatikau was among those in the crowd showing their support.

The TC Yasa Appeal Concert will finish at 7pm today.