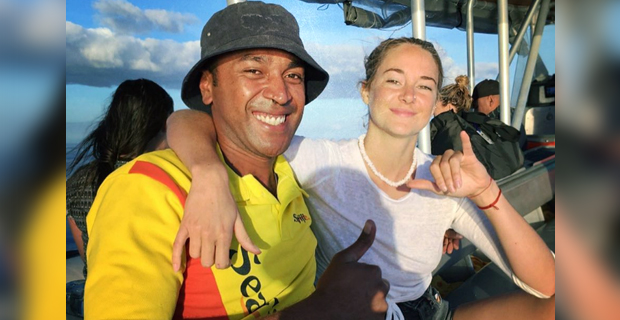 Hollywood stars Shailene Woodley and Sam Claflin are in the country to film the survival drama, Adrift.

Shailene Woodley has starred in the three Divergent movies, The Fault in Our Stars, The Amazing Spider‑Man 2 and Snowden while Sam Claflin is an English actor who has starred in The Hunger Games film series, Pirates of the Caribbean: On Stranger Tides and Me Before You.

Claflin is also being considered to be the next James Bond.

The movie currently being shot in Fiji is based on the true story of Tami Oldham, who, after being knocked unconscious by the largest hurricane in the history of the Pacific Ocean, awakens to find her fiance Richard Sharp badly injured, their boat in ruins and no means of communication or navigation.

Producer Ralph Winter has been in the country over the last two months to finalize logistics before production starts.

Filling up in Fiji.

Winter says the movie is expected to take close to eight weeks to complete and filming will take place in Suva, Pacific Harbour and Rakiraki.

The shooting is currently underway at the Suva Yacht Club in Walu Bay.